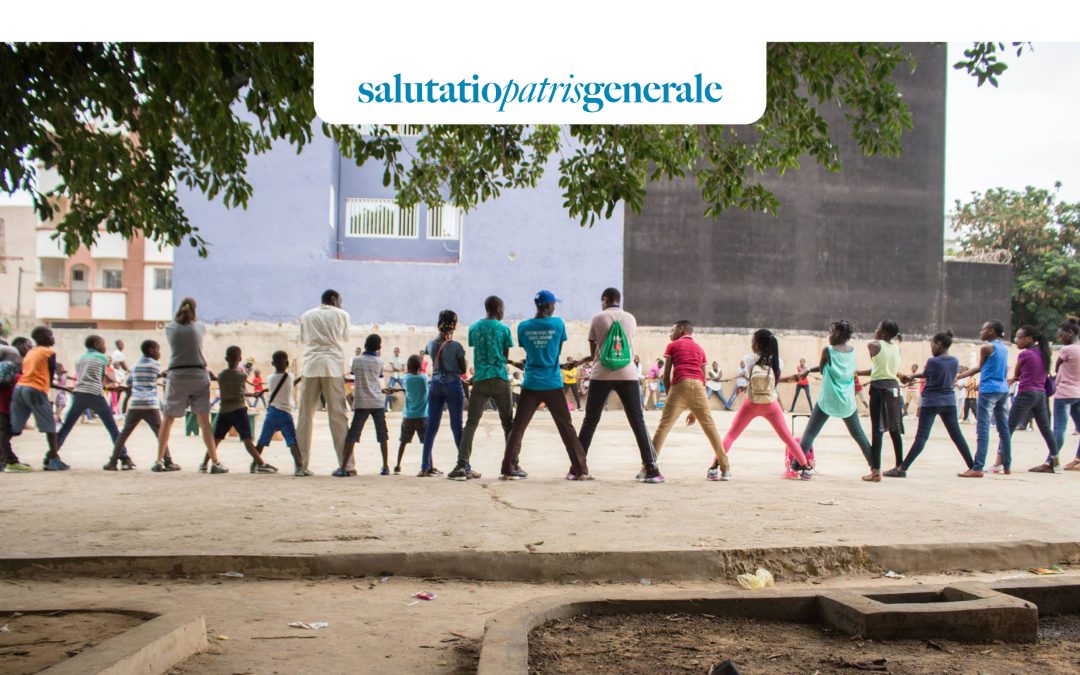 This year 2022 marks the 25th anniversary of the approval, by the 44th General Chapter of the Order, of the institutional document “The Laity in the Pious Schools“.  It is a “round” date, which can suggest a grateful look at the path traveled over the years and that this document that we remember so much contributed to promote and develop.

That General Chapter of 1997 was convened with a very interesting motto. It said: “Charism and Ministry: a history to remember, a history to build.”  We were summoned to the 400th anniversary of the beginning of the Calasanctian mission in the School of Saint Dorothea (1597), and the Order celebrated with deep joy that story – an unfinished story – that Our Holy Father began in the small sacristy of a parish in Trastevere.

It seems to me that it would now be good to apply the same motto to this small anniversary of the document on the Piarist laity. Indeed, we are facing a beautiful history that we must remember and continue to build. I would like to contribute to this with this simple fraternal letter. I would like to refer to a few points that I consider important.

First of all, I think we have to ask ourselves a question: what did that General Chapter seek with that document?  Nothing is approved in a chapter without an intentionality. Rereading the minutes and the document itself, the three objectives that were on the table in those years clearly appear:

These were the three objectives. This is stated in the minutes of the Chapter and in the document itself. I want to share with all of you that all three are still real, current and provocative. It is still necessary to deepen and clarify what we are experiencing; we continue to receive questions, proposals and aspirations from people who share our charism and our mission; it remains true that this path challenges us and provokes in the Order desires for an answer and for new steps, as well as questions and concerns. We keep walking, brothers.

Alongside this assertion that the goals are still current, we must also affirm that in all three we have made a lot of progress. I offer some data on this journey and this progress, while also alluding to the difficulties and mistakes that we have made.

1. The document we commemorate was canonically approved with 65% of the votes within the 44th General Chapter. We all know that a proposal or a board of directors, in order to be approved, needs an absolute majority. The vote with which the document was adopted indicates a clear majority, but also expresses difficulties or doubts. Years later, the current Directory of Participation, which is the updated concretion of the 1997 document, was approved with 84% of the votes of the capitulars. Perhaps they are not very relevant data, but they help us to understand that we are facing a challenge and a process that needs its time, but that little by little is being well understood and assumed by the Order.

2. On the other hand, we know that the four modalities of participation have been consolidated and there are many rich experiences of promoting each of them. It is true that the charismatic and juridical integration continues to be an option that is not widespread, but no less significant for that. And it is also true that the work for the accompaniment of our collaborators, the richness of the processes of Shared Mission and the development of the Fraternity have been formidable.

3. Along with these background data, I quote many other things that are sufficiently clear among us: sharing the charism and mission between religious and laity is good, rich and necessary; the greater the Calasanctian identity of the laity, the better for the children and young people who grow up among us; Piarist vocational plurality is rich and creative; the Piarist ministries entrusted to the laity provoke a wealth of mission and even the possibility of creating new ministries; the model of Piarist presence is making its way among us with progressive naturalness; the Fraternity and the Order share a mission in various ways, the “ITAKA-Piarists” network being especially significant; the Fraternity is gradually endowed with structures of animation and accompaniment, and is being born in new contexts and demarcations, etc.

4. As in any process, there also seem to be difficulties and situations that need to be reviewed or accompanied. Let us cite a few: in some places it is difficult to find the right way for the Fraternity to be well placed in the dynamism of the Province and of each of the presences, so that it can grow and contribute as what it is, an important Piarist entity; to understand the formation of the laity in dynamics of Shared Mission as “something to be learnt in an academic year” and not as as  an integral process that transforms the educational vocation of people; to believe that we religious do not have to be formed, together with the laity, in everything related to the Calasanctian identity of our mission, “because we already know everything“; not to reflect sufficiently on the importance of the presence of religious in the life of the Fraternity, etc.

5. We must be careful with certain ways of thinking or perhaps rather phrases or ideas that sometimes underlie among us, especially in some places, and that do not reflect at all either the way of thinking of the Order or the synodal dynamics proposed by our Church. I quote some of them:

6. New challenges are appearing, all of them the fruit of life and the path we are traveling. I quote some of them:

I would like to conclude this fraternal letter with a few words of thanks to so many people who, with their best will and love for Calasanz, sincerely wish to grow in their Piarist identity and bond and, with their sensitivity and dreams, bring new energies to the whole of the Pious Schools. To all of them I express my gratitude and for all of them I thank God. We ask the Lord of the calls to continue to summon more people, each according to their vocations, to continue promoting the always unfinished dream of Saint Joseph Calasanz.