30th Anniversary of the Piarist Sisters in Poland 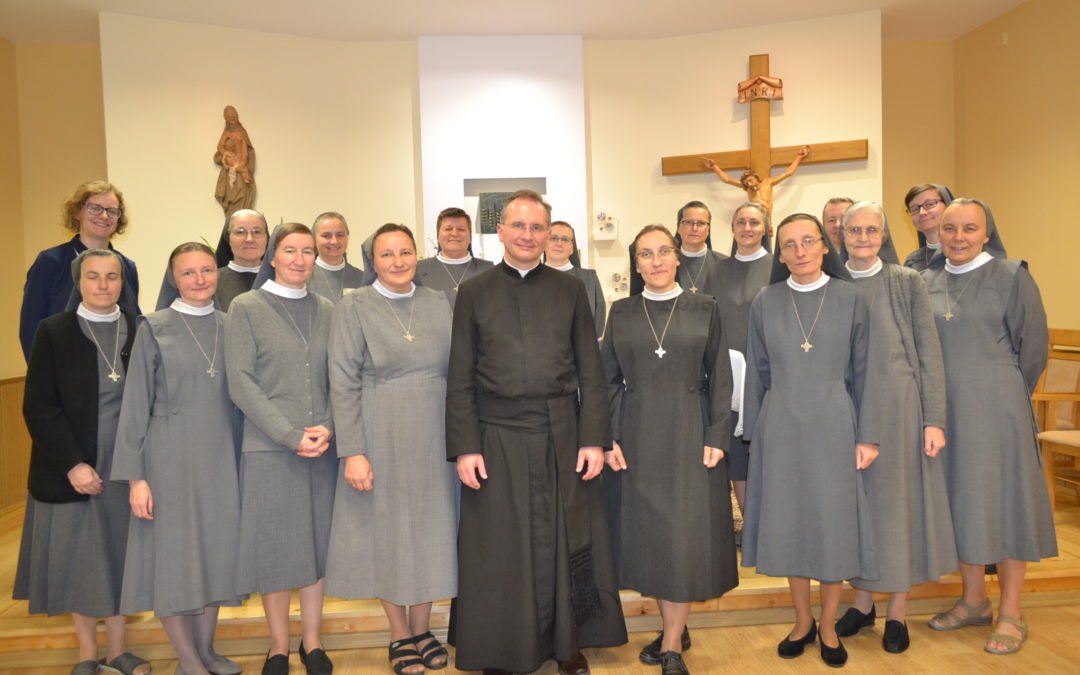 Each anniversary is an occasion to remember with gratitude the first moments and the people who participated in this event. The Piarist Sisters reminded those who accompanied and supported them, especially the Piarist Fathers: Fr. Gerard Brumirski, Assistant General, Fr. Stefan Denkiewicz and Fr. Jan Taff, Provincial of Poland.

The first steps of the candidates for religious life were given under the direction of the Piarist Fathers. When on September 22, 1990, the first three Piarist Sisters came to Poland, M. Maria de la Iglesia, M. Julia Ruiz and M. Carmen Muruzábal, the formative community already had four women – Małgorzata Słomiana, Maria Pietrzak, Urszula Kwaśniewska and Marta Wojda. With three sisters and four aspirants, the first community was formed in Poland.

After 30 years, the Piarist Sisters have three communities in Poland with 17 sisters, have three schools with almost a thousand students and continue to carry out the mission of Saint Paula Montal among young people and children from Poland.