Appointments made by the General Congregation 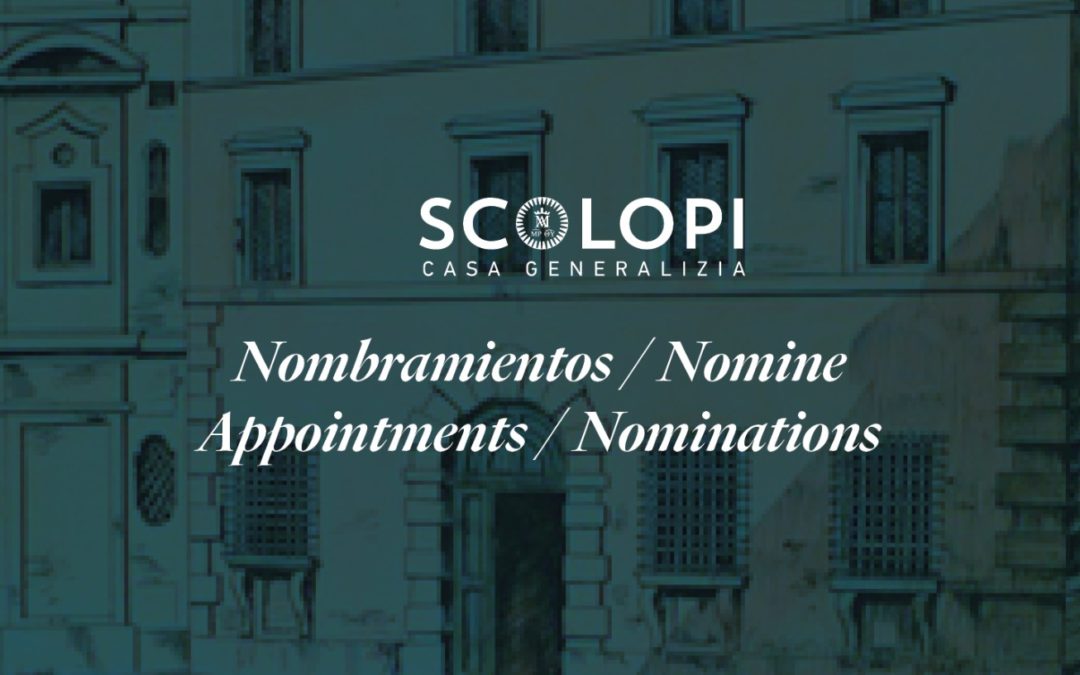 The General Congregation communicated through a circular dated 15 May 2022 the appointments made for this six-year term in the General Curia and the Delegates of Father General. However, it should be noted that there are still some people in charge to be defined due to the capitular period in which the Order will be entering in the coming months.

Father General’s Delegates will deal with the core areas defined by the 48th General Chapter:

This last area will be taken up directly by the General Congregation.

At the end of the letter, Father General expresses his gratitude for the availability and dedication of both the new leaders and those leaving their posts.

Let us pray for all of them that their service will be fruitful and that God will bless each of their actions, helping the growth of the Pious Schools dear to Calasanz.

For more information about the names and positions, you can download the pdf file of the circular letter attached to this note.