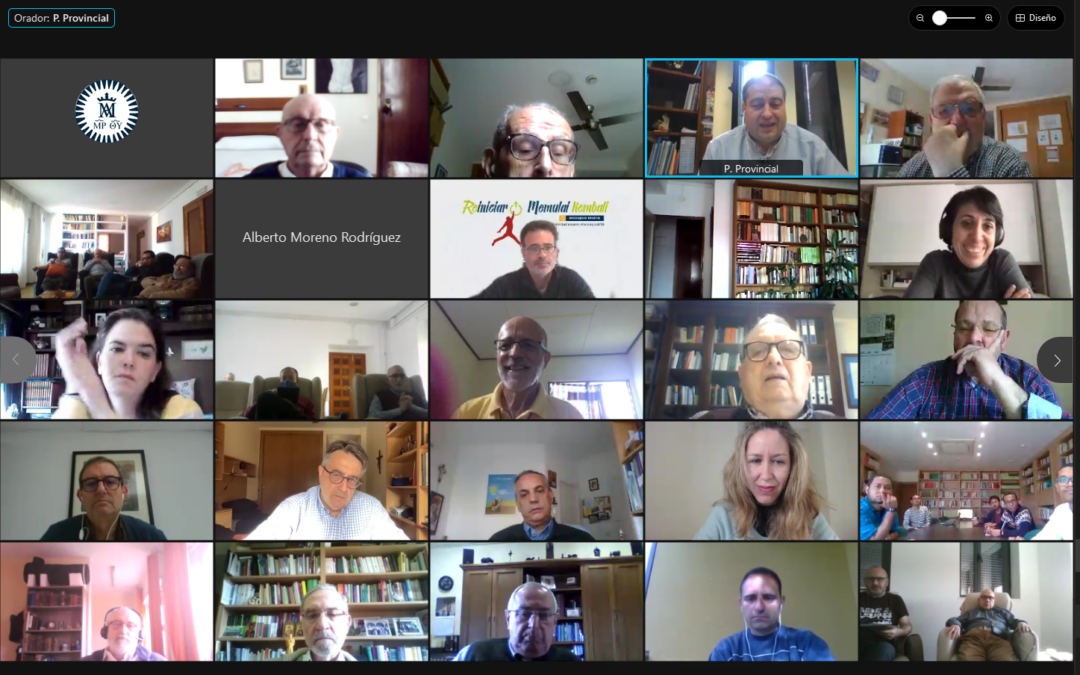 The purpose of the Meeting was to publicize the actions carried out so far as provided for in the Quadrennial Programming. The Provincial Father gave way to the various leaders to set out their areas of action. After the initial prayer, FF. Victor Gil, Marcelino Leo and Daniel Hallado began by explaining the situation in Indonesia and East Timor. In addition, Fr. Alejandro Vásquez, from Aluche, also provided the point of view of the other house of Formation of our Province.

Fr. Provincial then addressed, among other topics, Community Life in our Demarcation and how the Covid19 pandemic has affected its normal development.

Next, the leaders of the different Provincial Teams spoke of their respective areas. Fr. Paco Molina began, on Pedagogy and the life of the Schools in these two years; Fr. Andrés Sánchez then took the floor to explain the work of the Technical and Communication Secretariat. Social Action was the next topic, by Pilar Ruiz and Constanza de las Marinas. Finally, before a brief recess, María Jesús Catalina and Fr. Enrique Rodríguez addressed the economic situation of the Province.

To close the day, Fr. Provincial offered several information, highlighting the implementation of the course that comes from the Provincial Presence Team, replacing the Secretariat of Educational Works. This initiative aims to implement provincially the Presences model, which already operates at the local level,. After the above and despite the situation in Pandemic, the Provincial Programming is being reasonably fulfilled, pending objectives to be achieved in the next two years.