Bethany Province. We pray for Iren, our prenovice 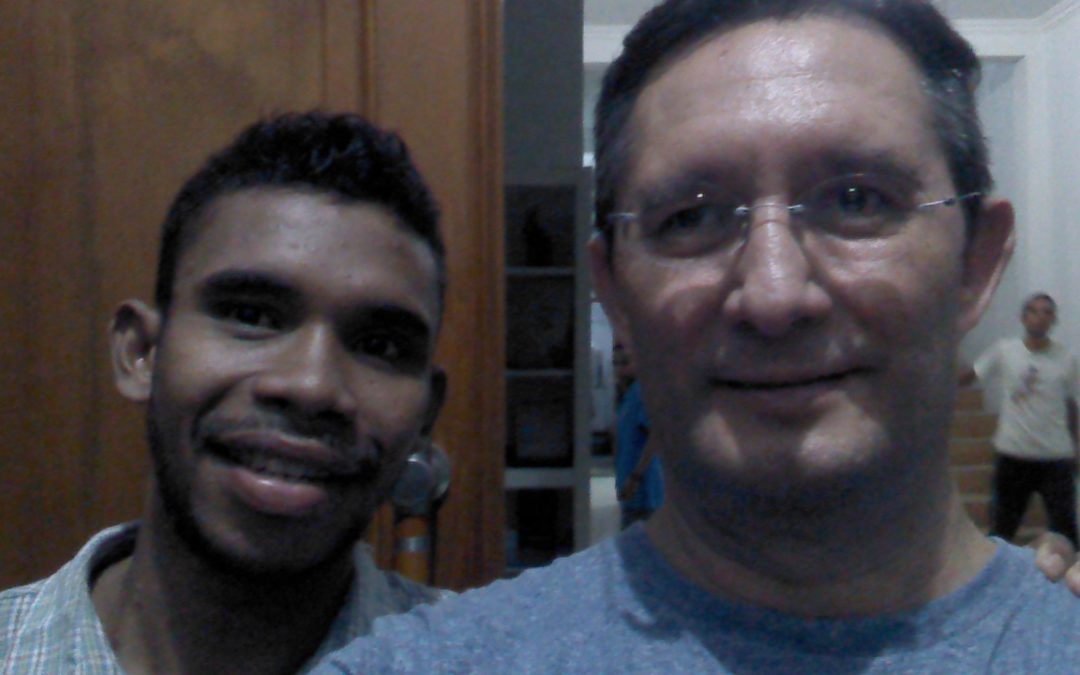 On 19 October, the young Hieronimus Tae (we called him Iren), a prenovice from the Bethany Pious Schools in Indonesia, died.

Iren was a 25-year-old. Its village is called Kakaniuk, several kilometers from Atambua in Timor. He was the second of three brothers. Being still a primary school student, his father had to go away to Papua to find work and be able to send money to support the family. The mother brought her children forward with courage and affection. Iren often longed for his father’s return. He had a difficult adolescence, and it was not easy for him to focus on studies. He used to be a cheerful person, communicative, with a spontaneous personality, with many friends. Unexpectedly he decided to give a sharp turn to his life and asked to enter with the Piarists. He met us through a junior who is from the same town. His intention was honest.

He was admitted as an applicant in Atambua in the 2016/17 academic year. Fr. Marcelino Leo was his teacher. He enthusiastically faced the formative process even though it was not easy for him because he was aware that there was much that had to change, but he sincerely wanted it and put effort into it. The following year, together with his peers, continued his training in Yogyakarta as a postulant and began his university studies to try to become a professor of history. On 7 April 2018, he started his prenovitiate. He was elected, from among his peers, as the group coordinator. His formative process was positive, and we saw how progressively it improved in all aspects. He was happy in the community and contributed the best he could to create a good mood in the house.

Suddenly, he began to feel discomfort, and we started medical tests. The diagnosis was very harsh: his two kidneys were damaged and did not function normally. He had a hard time believing it and accepting it. Dialysis had to start immediately twice a week. For several months he continued to live in our community while continuing his therapy and trying to continue his studies and training. In July 2018, in dialogue with his family, we decided that it was better for him to move to Kupang – the capital of Indonesian Timor – where the family could closely follow his process. Several months later, he returned to Yogyakarta with his mother to prepare for the kidney transplant that his mother would donate to him. They lived in a house near the community, so contact was frequent. The transplant operation was finally successful in October 2019. He was able to regain some regular life, although he had to continue to take good care of his health and follow regular reviews. He always expressed his desire to return to the community as soon as he gets fully recovered, and he came to visit us often. He also had moments of crisis and confusion, as he had a hard time understanding and accepting the limitations imposed on him by his illness.

In early October this year, he was re-admitted to the hospital due to complications with his spleen and had to have emergency surgery. He spent a few days in critical condition, and his peers volunteered to help him donating blood. He also received from my hands the sacrament of the unction of the sick. He began to recover and spent a week in the hospital in the company of his mother. Everything seemed to indicate that he would be able to recover, but suddenly on 19 October, everything became complicated, and in a short time, he died. His companions and friends accompanied as best we could his mother, who was alone with him, away from family. We were able to help them move the body to their hometown, where they rest in peace.

We have all felt a lot his loss and continue to pray for his eternal rest.

“He was a brother who always put joy into any situation. Iren loved his vocation very much. He always said he wanted to be a Piarist. He cheered the kids at Learning with Calasanz. A lot of kids liked the way he was.”

“He had a way of being unique. He was someone humble who liked to share with everyone. He was a brother with a strong motivation to follow Christ.”