Buying a piece of land when everyone leaves… 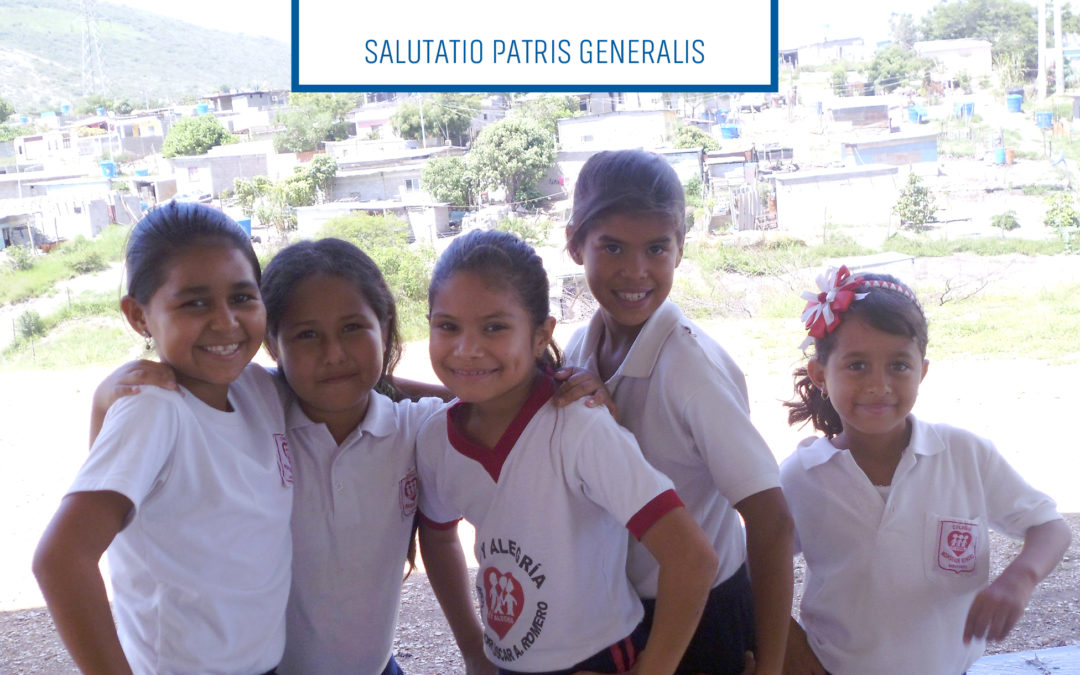 You may be surprised by the title of this letter because it is certainly quite strange. It is inspired by the biblical passage in Jeremiah 32, in which God asks the prophet to buy a piece of land when Jerusalem is about to fall into the hands of the Chaldeans and all the people will go into exile in Babylon. Is it normal to buy a piece of land, something that indicates the will to remain, when the enemy army is about to take possession of the entire country? For Jeremiah, trusting the word of the Lord, buys that land.

A few weeks ago, I received an email from a Venezuelan Piarist that told me about the works they are doing to expand the Trompillo School, in the city of Barquisimeto. Trompillo is one of the poorest neighborhoods in the state capital of Lara, Venezuela. The Piarists have been working there for many years in works of Non-Formal Education, parishes (Vicariate of the Transfiguration of the Lord) and Formal Education (first in a school of Faith and Joy, now in a school owned by the Order). In this message, our brother compared the Province’s decision to seek resources to expand this school with Jeremiah’s choice.

I think it’s a very wise comparison. Does it make sense to expand a school in a country where so many people are leaving and where life and freedom expectancies decrease every day? Is it logical to bet on a school in a context where you don’t see a horizon? Is it good to consolidate a work in a place where everybody who can do it, leave?

This news from the Barquisimeto school made me think a lot, and very thoroughly, about our role in difficult and crisis circumstances. I think that in the Pious Schools there is, since the foundation, a partly countercultural and partly prophetic component. It is a feature that is very ours and that we should never lose. On the contrary, we must take care of it.

When I think of the history of the Order, I find numerous examples of this Piarist attitude, inherited from Our Holy Father. Calasanz founded the Pious Schools “against the tide”, and fights to preserve them and maintain them against all the powers of this world. A beautiful example of this struggle is a memorial written by Calasanz in 1645[1] and addressed to the Cardinals Commission that was studying the possible suppression of the Order. It’s not a well-known memorial, but it’s very valuable. If in Tonti Calasanz exhibits a project, in this text Calasanz defends a reality. I cite this as an example of fighting for a project, “when the wind is completely contrary”. The same can be said of the founder’s decision to send religious to Protestant Europe, to a context in which the educational mission, which was already quite complicated, was going to be much more difficult. But it was clear from the beginning: we are not going to a place because it is easy, but because it is necessary. And we’re not leaving because it’s complicated.

Surely our historians can cite many valuable examples of our history that support this countercultural and prophetic “gene” that characterizes us. No doubt that Father Borrell’s commitment to fight for the Piarist presence in Poland made it possible for the Province to be resurrected and to be one of the most vital Provinces of the Order today. Nor do I have any doubts that the effort and apostolic passion of the Piarists of Central Europe made possible the continuity of our mission in the hard years of communist rule in their respective countries.

It may not be so well known, but I think we can cite and value the example of Cuba, which was never abandoned by the Order, with the extraordinary effort of the Province of Catalonia and the help of other demarcations and the clairvoyance of then-Father General Vicente Tomek who clearly saw that the Order should continue to accompany Cuban alumni, partners in the Cuban Piarist Family Union (UFEC), the most valuable example we have of love for Calasanz by many Piarist alumni.

I’m not proposing to make decisions without logic. Quite the opposite. I’m proposing to introduce prophecy and the countercultural into the logic of our decisions. Thanks to this “logic”, the Order today has, for example, two thriving demarcations in Asia, initially founded by very few Piarists and, in some cases, already retired from work because of age.

There are so many examples…! When Father Julián Centelles, then Provincial of Catalonia, visited Mexico, he saw clearly the possibility of “refounding the Order in Puebla“, and asked his Vicar in Catalonia to send him some Piarists. Father Manuel Bordás, who was the Provincial Vicar, was scared because of this untimely demand, and sought advice from Father Tomek who responded by telling him that “opportunities must be seized” and told him to send the religious to Mexican lands. There is today the Province of Mexico, the headquarters of the next General Chapter. At the same time, a Venezuelan priest asked the then Provincial of Vasconia, Fr. Juan Manuel Díez, to found a school to his parish (Boconó). Father Provincial did not trust this proposal much, but he saw in it a good possibility of entering Venezuela, and sent Father Nagore. The Boconó thing didn’t work, but Fr. Nagore founded a school in Carora and today we have six schools in that suffered Venezuelan land.

Most of the foundations made by the Order have that component of “audacity and patience”[2] typical of the Pious Schools. They begin in a very small and humble way, with few resources and many difficulties, and gradually they consolidate and end up offering the Order and the Church new horizons of life and mission.

I do not want to give any more concrete examples, because if I remain in this line, I will surely stop quoting quite a few decisions that deserve to be remembered. I’d rather not go on so that no one scolds me for not quoting what his Province did.

In the light of Jeremiah 32 and the history of our Order, I would like to share with you some criteria that I think we should take into account if we want our Order to move forward, with an ever greater capacity for convocation, life and mission. Each and every one has consequences; they are not theoretical.

We could still offer more criteria. I leave you the task of sharing them in community and enriching them with your way of thinking. It is good to talk about the Pious Schools and their construction; It is important to know what steps are being taken and from what options; it is imperative to continue building the Pious Schools.

I want to end up quoting one of the hymns we usually sing in Calasanz’ honor. It’s called “Future dreamer”, and among other things it says “everyone thought his dream was crazy. “The chorus we repeat says Calasanz was a “tireless fighter, of unwavering life and faith“. This is the way.

Thanks to the community of Barquisimeto for the extraordinary Piarist example they give us.

Get a brotherly hug.

[2] Constitutions of the Pious Schools, n. 1