Calasanz sends us. Meeting of the Juniors of the Order of the Pious Schools 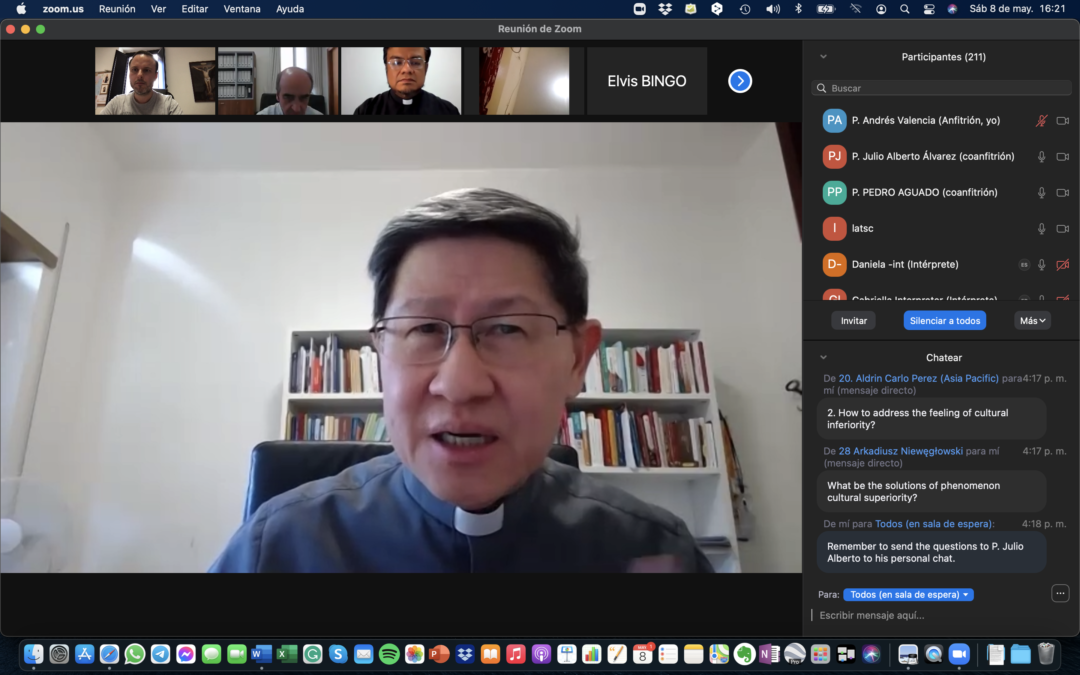 All the juniors of the Order, summoned by the General Congregation, have held a formative meeting focused on the challenges of INTERCULTURALITY, INCULTURATION and MISSION. The dynamics of the meeting was coordinated by Fr. Julio Alberto Alvarez, Master of Juniors of the Province of Mexico. The main speaker was Cardinal Luis Antonio Tagle, Prefect of the Congregation for the Evangelization of Peoples of the Holy See, who gave a presentation of about 45 minutes focused on the challenges of these important topics for an Order like ours. The meeting was held on May 8, feast of Mary, Queen of the Pious Schools.

After the Cardinal’s talk, the juniors met in 37 language groups to discuss the personal and institutional challenges that were raised by the speaker. This was followed by time for open dialogue with the Cardinal. The meeting closed with a reflection by Father General.

The opening prayer was centered on the feast of the day, Mary Queen of the Pious Schools, and the closing prayer was dedicated to the Year of St. Joseph. At the end, the Cardinal gave his blessing to all the participants in the meeting.

It was a wonderful experience of Piarist communion, in which the juniors tried to respond to the proposals that Father General made at the beginning: “listen to the Cardinal, listen to each other, listen to the Holy Spirit.

There were 285 juniors present, with simultaneous translation into Spanish, French and English and the technical coordination of Father Andrés Valencia. The joy and fraternal communion could be perceived very clearly, from the deep feeling that “Calasanz sends us”.