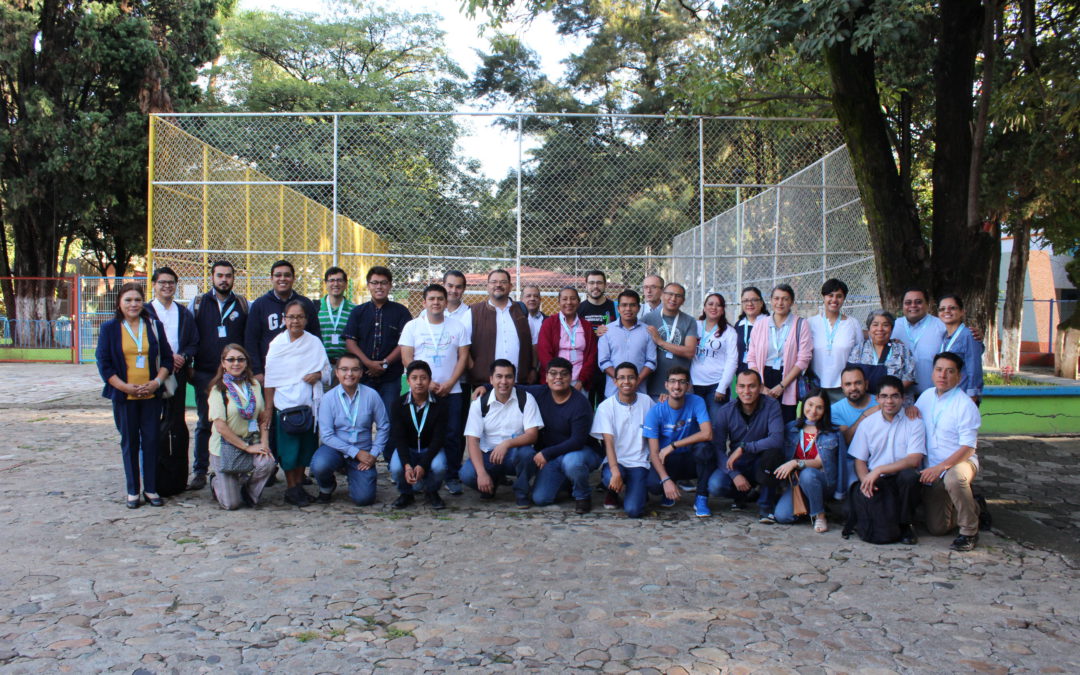 The Meeting is led by Fr. Martín Hernández (Prov. Mexico), Fr. Javier Brines (Prov. Bethany) and Fr. Matías Pavón (Prov. Argentina), members of the General Team of Continuous Prayer. The first moment was for the general presentation of what will be the week of meeting and the presentation of the 38 participants.

There was a moment of liaison via skype with Father General Pedro Aguado, who shared his impressions and what he expects from the meeting that has begun, rescuing the 4 guidelines that the Order of the Pious Schools indicates to live fully the Continuous Prayer : CARE, DEEPENING, UPDATING AND DISSEMINATING.

During the afternoon we worked in the booklet Saint Joseph Calasanz, Teacher of prayer, where a moment of personal reflection was held, followed by a work and sharing by groups, and finally the sharing of all participants. We finish our activities with a moment of “prayer to the cross” directed by the juniors of Mexico.