Closing of the Calasanctian Jubilee Year in Poland 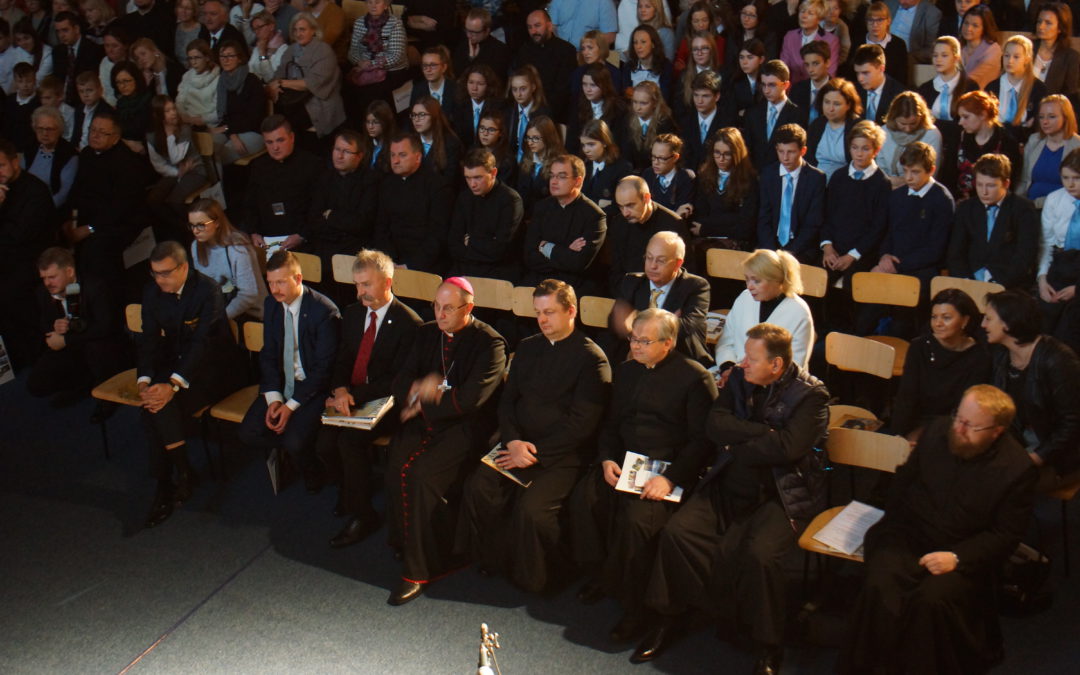 On November 26, 2017, the members of the Province of Poland, Piarists, laypeople, students, alumni, educators, parishioners, friends, collaborators and all those who are proud of being part of the Pious Schools, celebrated the closing of the Calasanctian Jubilee Year.

The celebration took place in Łowicz, called the city of the Primate Bishops of Poland, because for three centuries it was their residence. In that city the Piarists are present for 350 years – with nearly a hundred years of absence until 1950 – and currently they carry a school with all levels of general education.

The program of the closing included a very moving work entitled “Challenge” which spoke of the influence of St. Joseph Calasanz in the daily life of the Piarist students and their parents. The Director of representation was Ms. Beata Jeziorowska.

At the end of the feast wass celebrated the Eucharist presided over by Monsignor Wojciech Polak, Primate of Poland.

During this Jubilee Year we have had a few special events: pilgrimage of the Piarists of our Province, both religious and lay people, into the traces of St. Joseph Calasanz in Rome; two shifts of retreat in Peralta de la Sal for our educators and religious; Congress of Spirituality for youth in Cracow with the slogan “Inspired in Calasanz”; we have prepared a “gift for Calasanz”, a summer camp for a group of children and young people in Ukraine who took place in our youth hostel in Łapsze Niżne; blessing of the parish church in Lida (Belarus) dedicated to Saint Joseph Calasanz by Mgr. Aleksander Kaszkiewicz.

We are very grateful to the Lord for the gifts of his generous hand: four juniors were ordained and three novices declared their commitment to God making their first simple vows, and five candidates began religious life in the novitiate.