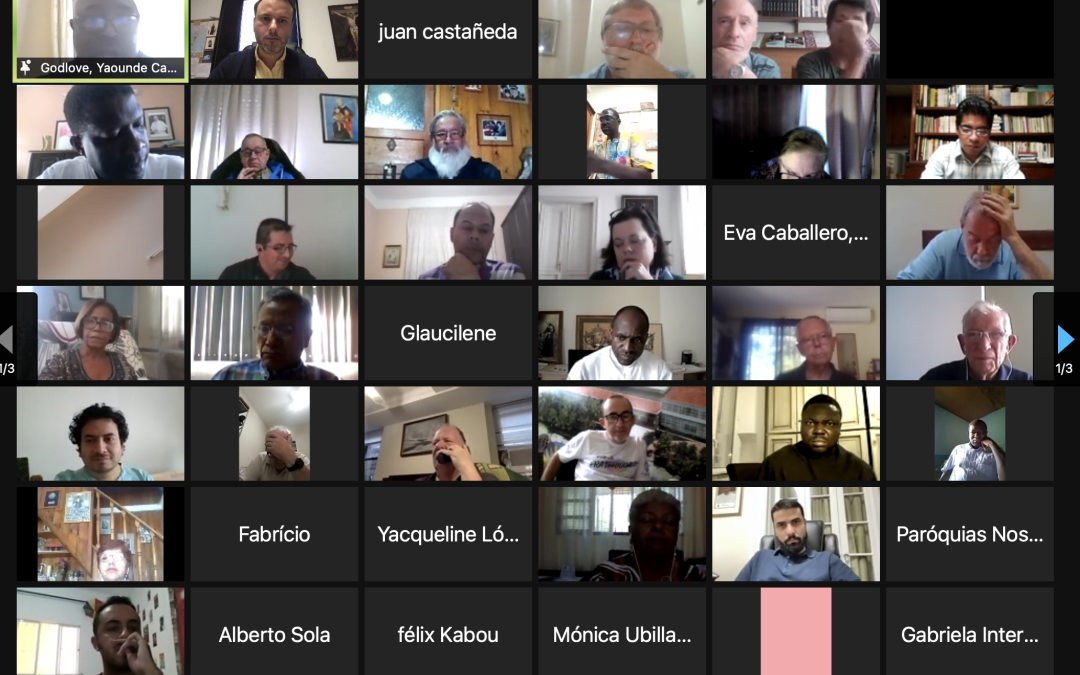 For three days (October 25-27) the first Assembly of the Network of Piarist Parishes was held online, with the participation of about 100 people, religious and lay Piarists.

The coordinating team of the Network convened the Assembly with three clear objectives:

The first day began with a prayer animated by the parish of San Marcos de Belo Horizonte. Afterwards, Father General gave the assembly’s keynote address focused on the synodal process that is being promoted throughout the Church and, of course, in the Pious Schools.

Fr. Pedro Aguado recalled that this Assembly was being held in a context marked by the synodal process, the Educational Pact, the proximity of the General Chapter and the always challenging call of poor children. He then reflected on the Piarist identity that calls for life and mission, which is open, missionary and can be built among all.

In addition to working together as Piarist parishes, Father General challenged us to build networks with the diocese, within our own presence and with the people. He put the accent of the reflection on promoting the model of presence working together with other areas of mission in a spirit of communion and participation. He made a clear call to us to build Pious Schools working from the keys of life of the Order, especially with the vocational pastoral and the support to the formation houses.

The network of parishes is a very incipient reality, so he encouraged us to invest time in building it, which implies a firm desire to walk together seeking communion.

After the break, we listened to pastoral experiences of parishes in Puerto Rico, USA and Mexico.

Fr. Godlove Nze from Cameroon, led the prayer of the second day which served as a portico to share experiences of the pastoral richness we have in the parishes of Africa.  Afterwards, three people were asked to reflect on how to generate a Piarist identity in a parish. Unfortunately, it was not possible to generate a further dialogue due to lack of time.

On the third day, Fr. Asdrubal, parish priest in Medellin (Colombia) gave us a beautiful prayer in front of the chapel of his community. This was followed by pastoral experiences from America and Europe. Javier Alonso, coordinator of the Network team, shared a reflection on the initiatives that have been carried out in the first two years of work and a proposal for the future to consolidate this project.

Finally, the floor was given to the participants who expressed their gratitude for having participated in this event. In addition, concrete proposals were made for the future of the network. We transcribe some of them:

Congratulations to the team for the beautiful work of communion and strengthening of the Piarist identity in the parishes.

Thank you very much for this meeting, we would like to know in more depth projects implemented in other parishes that integrate the different platforms.

Establish strategies that more actively integrate children, adolescents and young people. Either by integrating more actively the social networks and the approach to young families.

I demand that the network be able to define and assign a certain range of activities and a well-defined mission so that there is a syntony and better common progression.

We must maintain the proposal of the Calasanctian Spirituality Course and encourage others to do this work. Also in the pastoral council. Now in synodal key to encourage new spaces of participation where we can deepen the identity and history of the Pious Schools.

Currently, the Network is composed of 45 parishes of which 24 are in America, 7 in Europe and 14 in Africa.

We already have a framework project. Now, the great challenge is to form people and teams to adapt the project to the concrete reality of each parish in communion with the Order. The road has begun, we need the desire and the will to travel it.