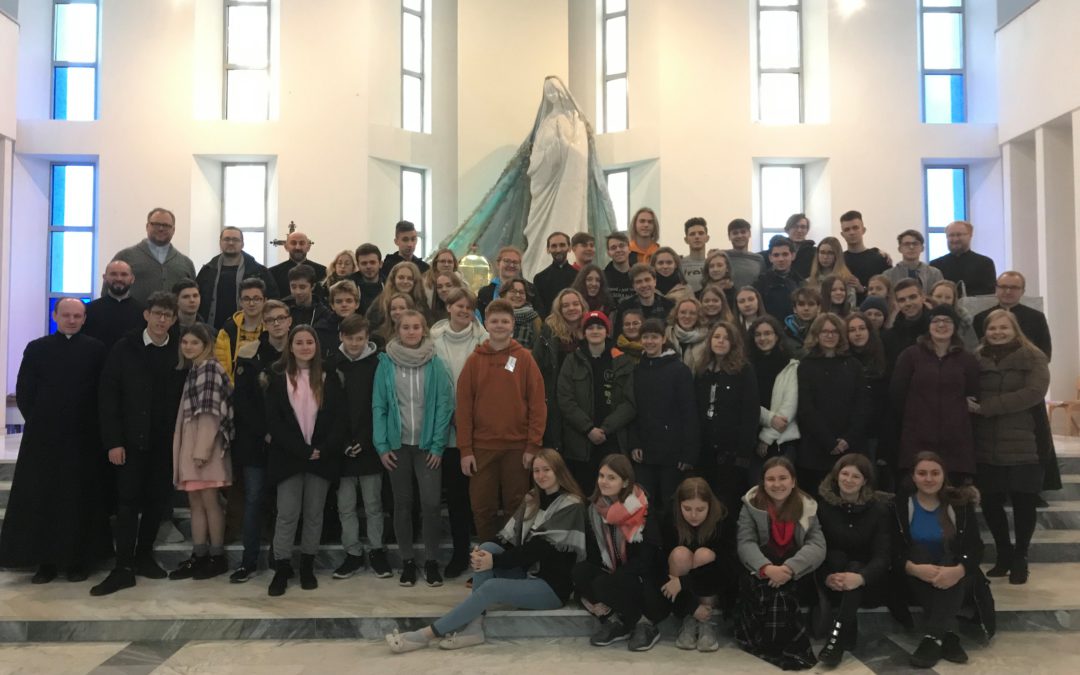 On the weekend of November 29 to December 1, 2019, a course of Piarist monitors called in Polish with the acronym “KAP” took place at the Shrine of the Mother of God, Educator of Youth, and at the same time in the Piarist school of Warsaw. 75 people participated in this course. The young people were accompanied by the Piarists of the schools and parishes throughout Poland: Bolszewo, Elblag, Katowice, Kraków, Łowicz, Poznań, Rzeszów and volunteers from the country’s capital.

The formative proposal for young people who discover the charism and want to accompany their younger friends during the events, even summer camps, consists of two meetings called KAP. The first meeting held at the end of the school year is related to the topics of pedagogy and psychology and has a more practical nuance. The second meeting, in which the boys and girls of this edition participated, is more spiritual, as a type of retreat or, rather, a course of evangelization