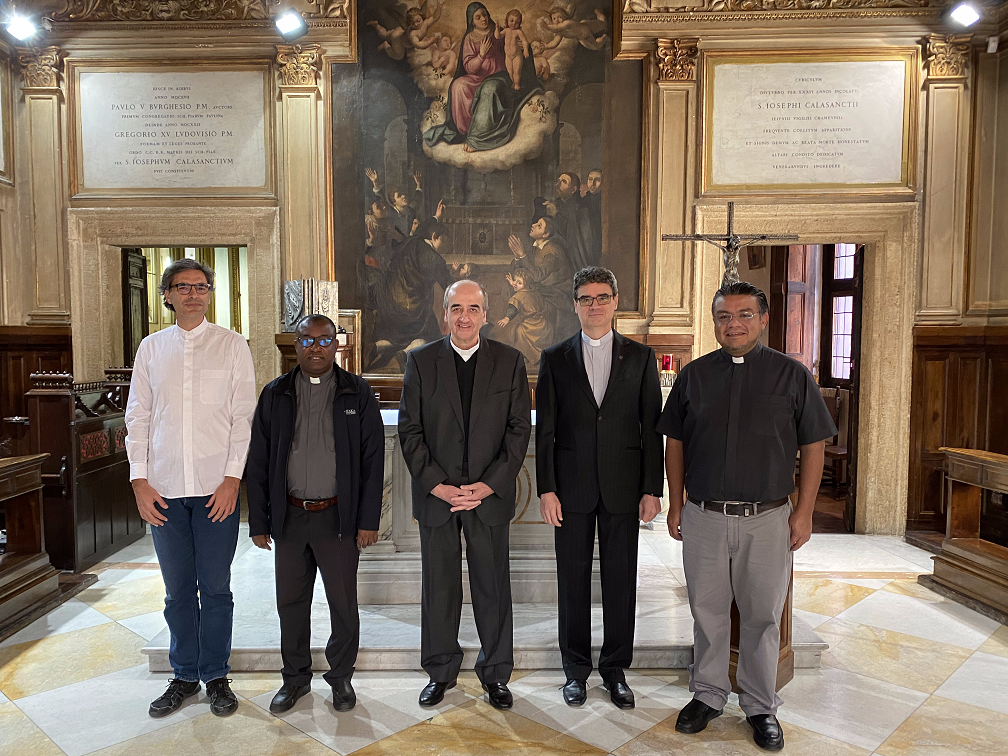 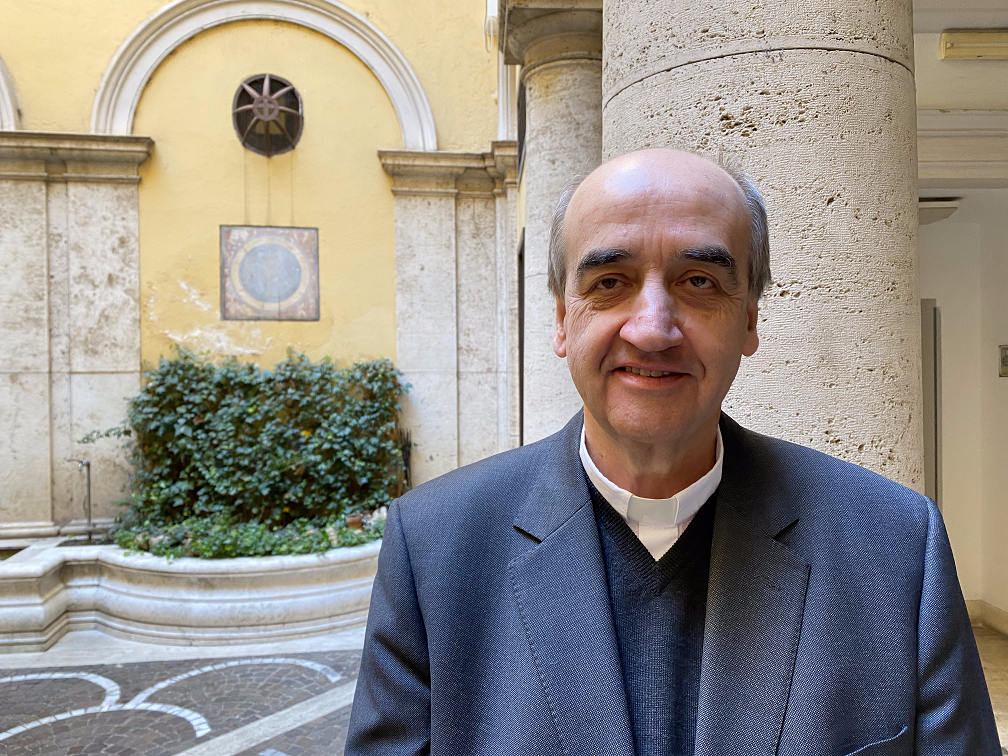 In the 48th General Chapter that is taking place in Cuautitlán Izcalli (Mexico) from January 20th to February 11th, 2022, Fr Pedro Aguado de la Cuesta (Bilbao, 1957) has been reelected as the General Superior of the Order for the six-year term of 2021-2027. He was a student from the Bilbao Calasanctius School and received the ordination to the priesthood back in June 13th, 1982. He dedicated his first years as a priest to the Calasanz School in Pamplona as a professor and as the pastoral responsible. In 1985 he was named Rector and Master of the Juniors in Bilbao, he was in charge for 10 years. During this period he got his License in Pedagogy at the University of Deusto and worked as a professor and responsible of the Pastoral in the Calasanctius School.

Then, he was elected as the General Superior during the Chapter celebrated in Peralta de la Sal in 2009. Was reelected for a second period in the Chapter from 2015 in Hungary, and now, with the Holy See allowance, for a third period. He combines this labor with the presidency of the Education Commission of the General Superiors Unions and Consultor to the Congregation for Catholic Education for the five-year term 2022-2027. 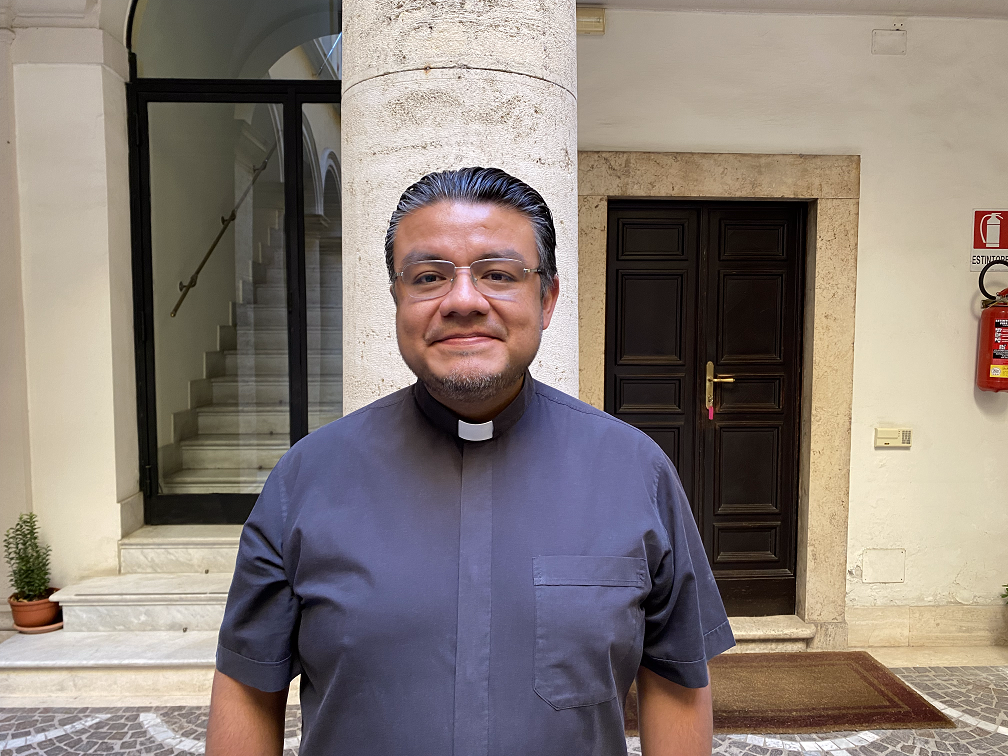 Julio Alberto was born in Puebla, Mexico. He is 39 years old, 19 years as a religious and 10 years as a priest. During his years of ministry he has served as Provincial Assistant and Master of Juniors and Rector in the Province of Mexico, activities which he has carried out to date. He has accompanied on different occasions the Solemn Vows Course held in Spain and Italy. He also coordinated the meeting “Calasanz unites us” in on-line mode with all the juniors of the Order held in December 2020. 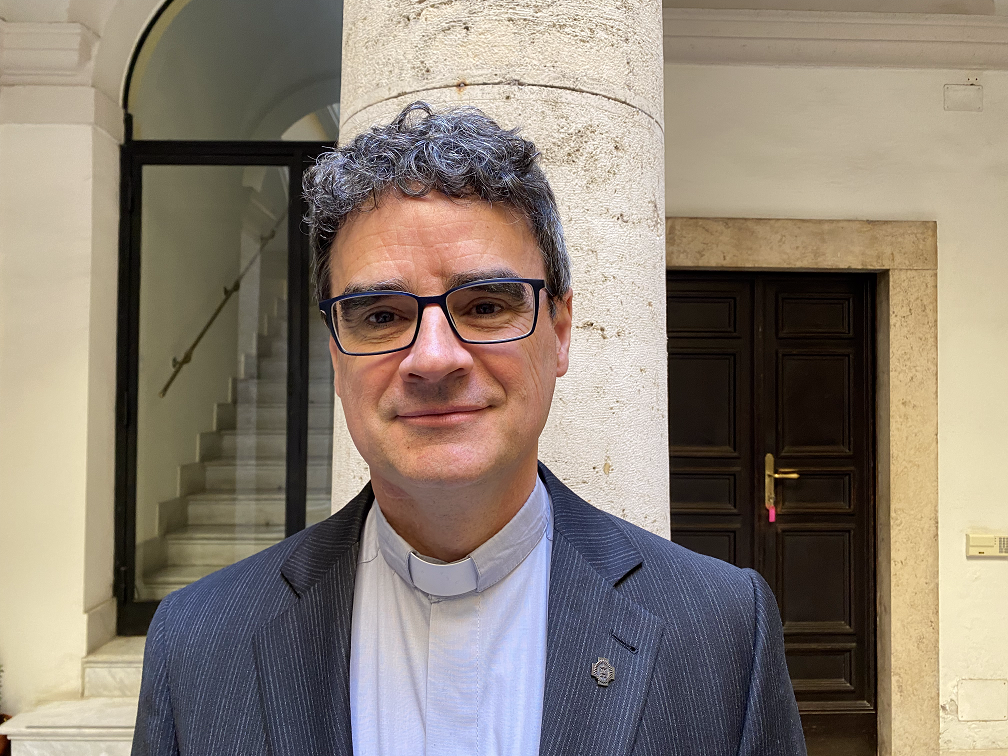 Fr. József Urban  of St. Joseph Calasanz has been re-elected as General Assistant for Asia for the six-year term 2021-2027.

József was born in Budapest, Hungary. He is 57 years old, 36 years as a religious and 29 years as a priest. He has served as school director, master of juniors, Provincial Assistant and Provincial Superior of Hungary. At the General Chapter of 2015 he was elected as General Assistant of Asia and has been Vice Provincial Superior of India since 2019. He has been a member of the “Pious Schools going forth” team since 2018. 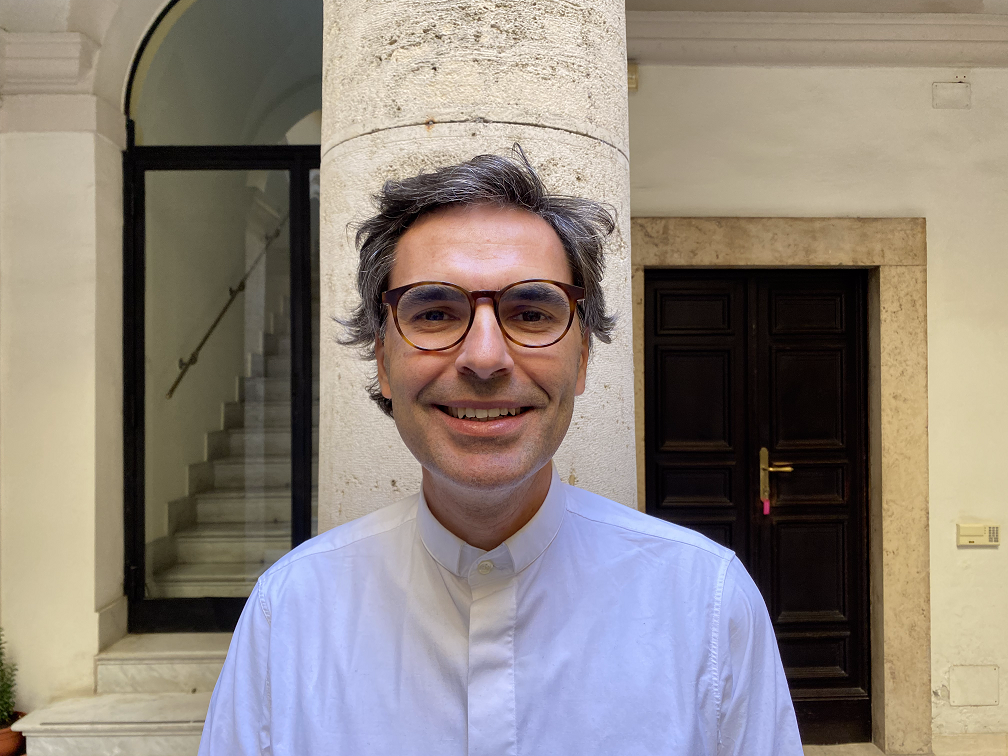 Fr. Carles Gil i Saguer of Saint Paul has been elected General Assistant for Europe for the six-year term 2021-2027.

Carles was born in Barcelona, Spain. He is 46 years old and has been a religious for 21 years and a priest for 8 years. He was Provincial Assistant in Catalonia and in recent years has ministered in the Province of West Africa, specifically in Dakar, where he has been Provincial Assistant from 2015 to date. He has also worked as Coordinator of the “Pious Schools going forth” team since its creation in 2018. 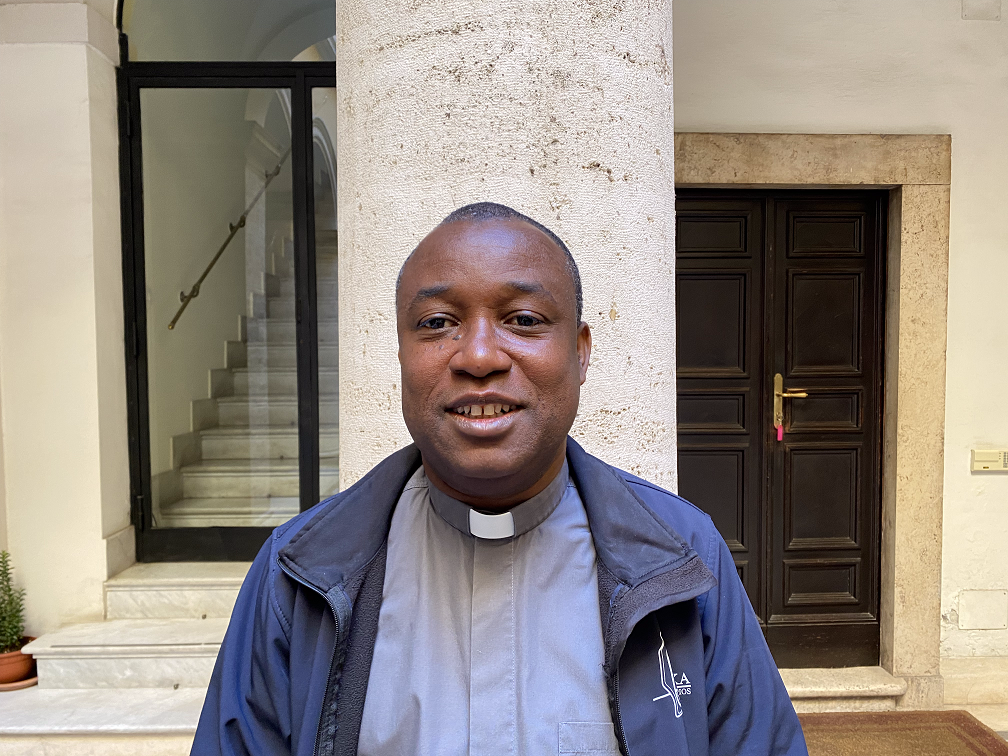 Fr. Félicien Mouendji Massongo of St. Augustine has been elected General Assistant for Africa for the six-year period 2021-2027.

Félicien was born in Ebodie, Cameroon. He is 49 years old, 21 years as a religious and 15 years as a priest. He has served in the Province of Central Africa as Provincial Assistant and Master of Juniors among other assignments. Since 2019 he has been the Vicarial Superior of the Provincial Vicariate of Congo and Master of Novices since 2021. Since 2020 he has been a member of the Itaka-Escolapios Board of Trustees in the permanent team of the Advisory Council.

Fr. Józef Matras (Laskowa, 1970) is the Rector of Community of San Pantaleón and General Archivist .

Fr. Ángel Ayala Guijarro (Madrid, 1976) is General Postulator  and Head of Department of Identity and Charism

Fr. Félix Pascual (Sesma, 1959) is the Responsible for Publications

To contact the Community of San Pantaleo you can go to .

THE PIARIST RELIGIOUS THAT WE NEED

THE CONSTRUCTION OF THE PIOUS SCHOOLS

THE CENTRALITY OF JESUS CHRIST