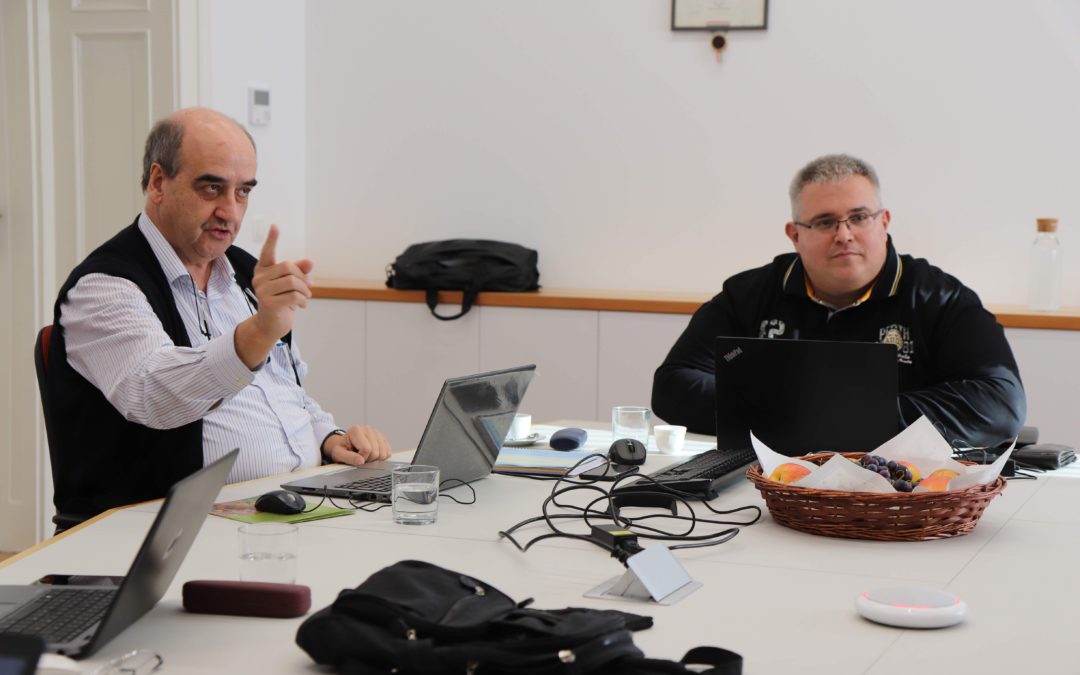 The Father General has started his canonical visit to Hungarian Province in Budapest, 11th October in the company of Father Miguel Giráldez, General Assistant for Europe.

At the first day he met the Provincial Congregation’s members – Provincial László Szilvásy and his four assistants: Zsolt Labancz, Lehel Molnár, Zsolt Vereb and Zsolt Vízhányó  – in a three-hour-long opening meeting to speak about the overall strategy of the Hungarian Province, concerning the actual state, main aims, tasks and challenges  for the next four years.

During his three-week-long visit he will travel to eight towns (Budapest, Göd, Kecskemét, Mosonmagyaróvár, Nagykanizsa, Sátoraljaújhely, Szeged, Vác) in Hungary and two places in Rumania (Csíkszereda, Nagykároly) to meet the piarist community of these places, including schools, parishes, dormitories, religious houses. He will also meet the Hungarian Piarist Fraternity’s members on 17th October in Budapest and will take part in the provincial pedagogical conference on 24th-25th October, where he holds a presentation.