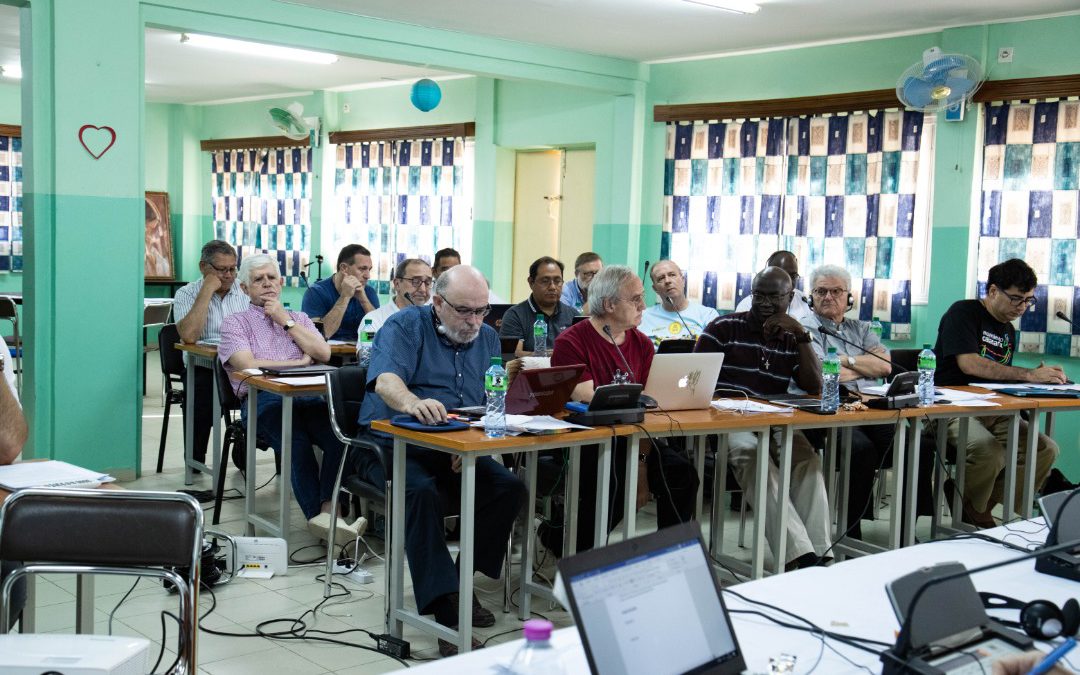 Today, the council of the major superiors of the Order began at Mount Thabor, home of the Sisters of the Presentation of Mary, located in the vicinity of Dakar (Senegal).

The session was opened with the Mass presided over by Fr. Christian EHEMBA, provincial of the Pious Schools of West Africa. He was assisted by Fr. Evaristus AKEM, Central African provincial and Fr. Pacôme GNADA.

Father Christian, provincial host, expressed the joy of receiving the historic meeting on African soil and expressed wishes such as the growth of the Order in other parts of the continent.

Then, Father Pedro AGUADO, General of the Pious Schools, through his opening speech, clarified the framework of the work of the Council of Major Superiors.

Then the work really began with reports of the work carried out by the general secretariats and the working teams and some conclusions for the 48th general chapter.

There were five presentations on the first day:

Each report has been enriched by exchanges with major superiors.

Father General, by way of concluding the work, raised the major themes that may be of interest to the next general chapter.