Give voice to “Your voice”: Meeting of 500 young people 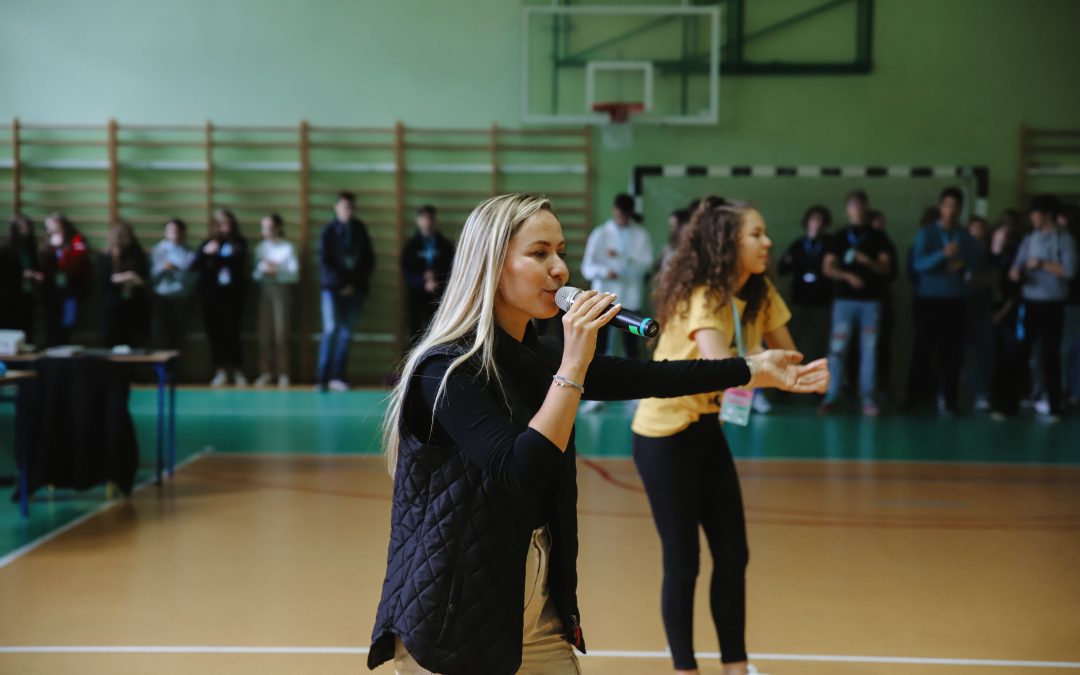 From October 14 to 16, 2022 in Kraków took place the Piarist Youth Meeting under the motto “Your Voice“. It was attended by 500 people from the Piarist presences of the Province of Hungary, and from three countries of the Province of Poland, namely from Strážnice in the Czech Republic, from Zólochiv in Ukraine, and from Poland itself: Bolszewo, Elbląg, Poznań, Łowicz, Warszawa, Bolesławiec, Jelenia Góra, Katowice, Kraków, in addition to the Piarists Fathers and Sisters from Rzeszów.

On Friday afternoon the school in Kraków was filled with participants of the 22nd edition of the Meeting called in Polish “SMP”. Each group staged a performance on regional legends or songs. Fr. Piotr Jarosiewicz, a priest of the diocese of Drohiczyn (known in Poland for the TikTok platform) started the event with the first talk: “Are you going to tell me?” After this powerful start, the day ended with an act of prayer that included reflections, songs, and a pantomime. Everything was prepared by the Łowicz monitors.

The next day, “Will you listen to me?” was the theme of the second talk given by Fr. Piotr Wiśniowski. These reflections were deepened in small working circles.

An interesting highlight of the day’s activities was the personal testimony of Iwona Pietrala on: my search for God. In addition to telling us her personal story, she also sang about her life through personal compositions derived from this experience of faith.

In the afternoon, the Eucharist was celebrated in the church of the Provincial House in the old town of Kraków on Pijarska Street, during which Łukasz Fabijański, our junior, received from the hands of our Provincial, Fr. Mateusz Pindelski, the Piarist ministry of care for poor children.

In the evening everyone enjoyed the Festival of Songs, something very traditional in the “SMP” event. The program continued with dances, and a performance entitled “Nothing Happens by Chance“, directed by Faustyna Skolmowska, an alumna of the Kraków school.

On Sunday Fr. Jacek Wolan gave the talk “Answer!“. This was intended as the culmination of the series of lectures centered on the motto: “Your Voice“. In addition, this last day there were workshops in various artistic and cultural areas, in which everyone could choose something of their interest. During the Eucharist Fr. Mateusz Kaźmierski reminded everyone that Jesus seeks people, even young people and does not stop, he continues to do so without tiring.  Thus, a wonderful weekend passed, at the end came the time for farewells, but also the beginning of new friendships.