International Piarist Encounter on the Global Pact for Education 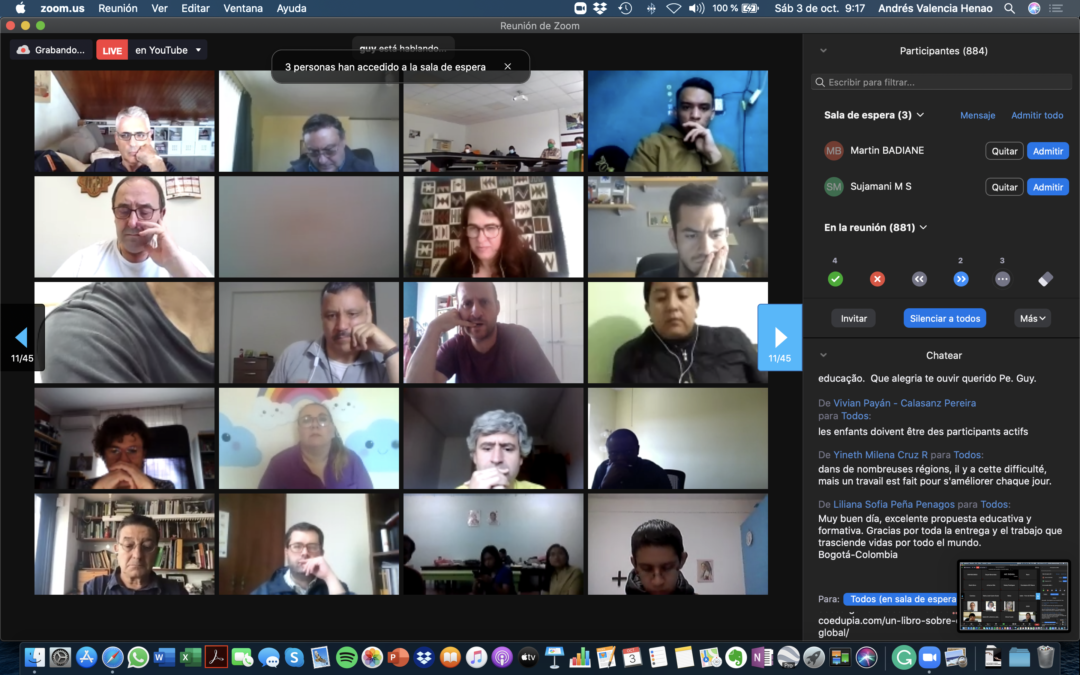 Committed to educating for a better world

During the meeting, broadcast in four languages, four School educational experiences from different continents were presented that respond, as Fr. Andrés Valencia, coordinator of the meeting, said “to different ways of responding to Pope Francis’ call to educate for solidarity, putting the person at the center”. Shared experiences showed that reality is a call “that challenges and generates dynamisms for which we must be attentive to discern the course of the works”. From the slums of Medellin or Buenos Aires to the schools of Barcelona or Senegal, the common desire to serve the little ones following in the footsteps of Calasanz allows to promote these experiences of shared mission and enhance the strengthening of Piarist communities that educate for a better world, for social change, for a different society. Bold educational experiences that embody the charism of Calasanz, founder of Christian popular schools more than 400 years ago.

The meeting was attended by Juan Antonio Ojeda, brother of La Salle and coordinator of the book “Lights for the Road” and consultant to the Pope. Ojeda explained the Pope’s proposal as a proposal to revise, and also as a “meeting place that does not impose, but offers paths”.

Finally, Fr. General Pedro Aguado presented in his speech the challenges and responses that, as Pious Schools, is the proposal of Pope Francis. He also stressed the need to “fight for our schools” in this pandemic context. “Things are not easy,” he explained, “especially in some contexts that have suffered and are suffering especially from the pandemic, such as our American provinces.” Also innovation, but always from who we are. “We know that the real school is the one that prepares its students to know how to live in a world that does not yet exist, but empowers them to create and transform it,” explained Fr. General, for whom true innovation “can only be made on the knowledge of our own identity, and never renouncing to who we are and determining, with certain discernment, what are the essential vectors from which we want to innovate our school.” Aguado also highlighted the careful work and our evangelizing contribution (“There is no better contribution in our world, eager for horizons of hope and response, than Christ,” Fr. General said, as keys to Pope Francis’ call.

In this dynamic, contributions such as the it is Synod of Young People, the Calasanz Movement or Continuous Prayer as “soul of the school”, constitute “Calasanctian treasures” that help to promote and consolidate a culture of encounter and an education committed to building a more just and fraternal world. For Fr. General, we Piarists feel called to this proposal of Pope Francis, “a challenge initiated prophetically by Calasanz, and in which today we can and must continue to give our best”.