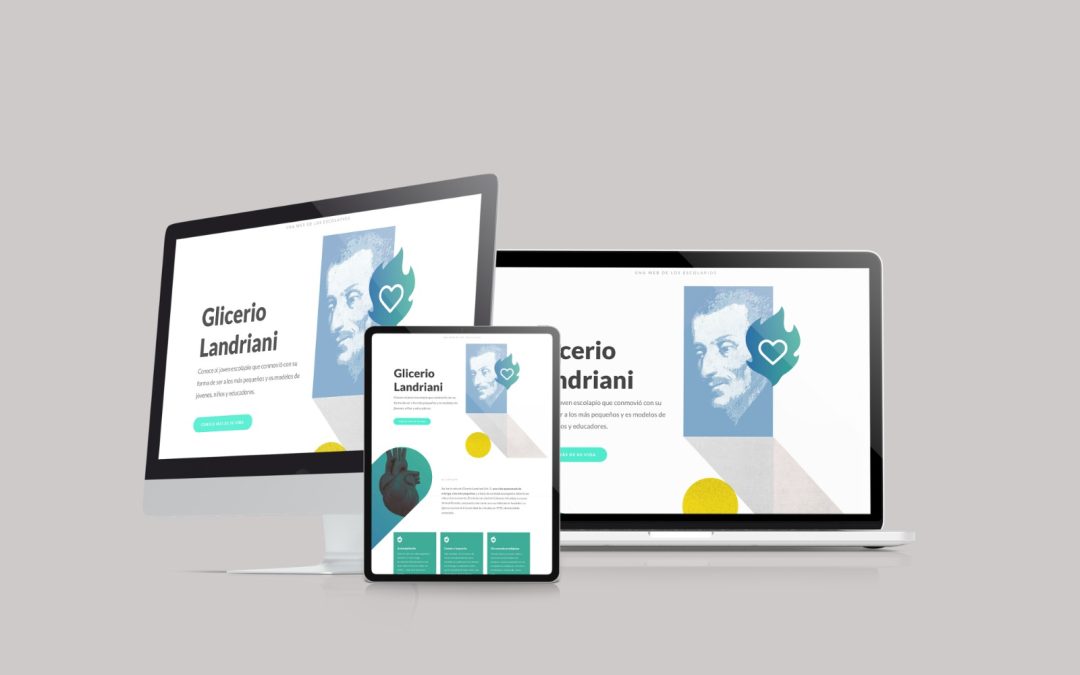 Last November 20, within the framework of the Day of the Calasanctian Family and the celebration of the 400th anniversary of the constitution of the Pious Schools as an Order of solemn vows, the Postulator General of the Order, Fr. Andrés Valencia Henao, presented the new website of the Piarists dedicated to Glicerio Landriani: www.landriani.org.

It is a simple initiative that is part of the impulse that the Order wants to give to the process of beatification of Glicerio Landriani on the 400th anniversary of its recognition as a religious Order, encouraged by the uninterrupted veneration of his figure in these centuries, proposing him as a model for all children, young people and educators of the Pious Schools.

The new platform contains information about the life of the young Piarist, as well as news about the beatification process and various materials about Landriani.

From the website, which will soon be translated into the other languages of the Order, you can also share the graces received through the intercession of Venerable Glicerio Landriani through a contact form.

Landriani (Milan, 1588-Rome, 1618), related to St. Charles Borromeo, got to know the work of St. Joseph Calasanz in Rome, which he joined in 1612. An excellent catechist, he implemented his own methodology for teaching Christian Doctrine to young people, in addition to supporting the Piarist practice of “Continuous Prayer”. The hopes placed in this young man were dashed by his sudden death at the age of 29. The fame of sanctity accompanied Glicerio during his life and after his death. St. Joseph Calasanz himself introduced his cause for beatification, which was later postponed after the death of the founder. The Church recognized the heroic nature of his virtues in 1931, declaring him venerable.