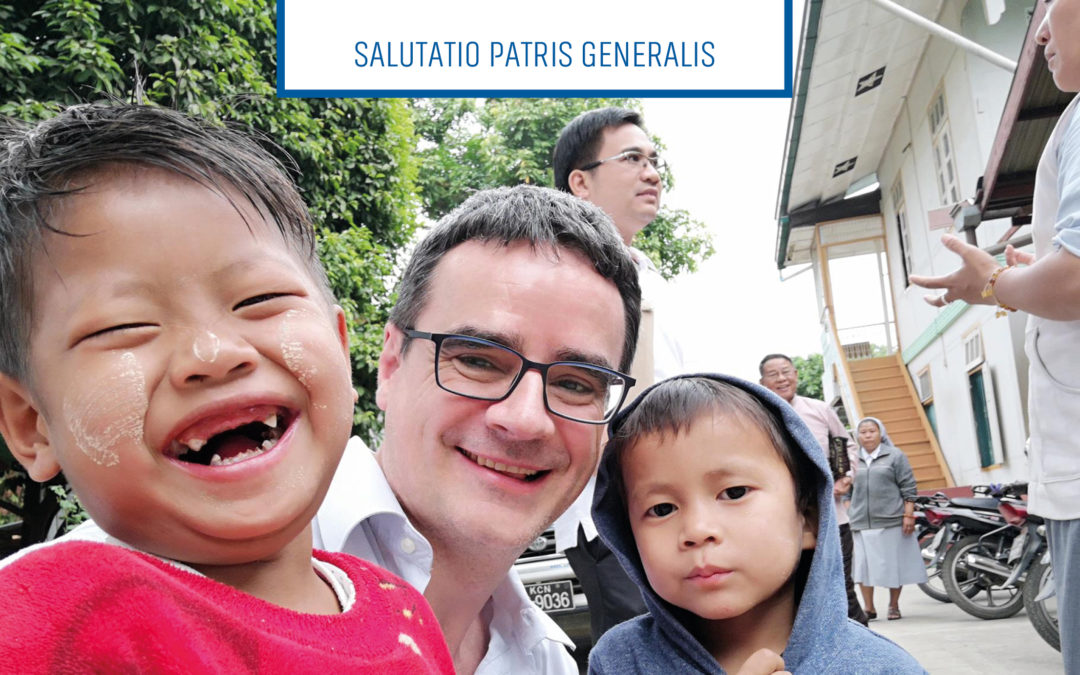 Recently, the General Congregation has launched a new project, which we have called PIOUS SCHOOLS GOING FORTH.  You have all received various documentation on this, so I do not think it is necessary for me to explain it again in this fraternal letter.

My intention to write on this subject is to try to deepen some elements that seem particularly important to me, and I would like to highlight, in order to contribute to make everyone more clear in relation to this project and what it can mean for all of us.

In order to understand this letter, we must have in sight the official documents in which the General Congregation has spoken of the impulse of the Pious Schools Going Forth. I’ll articulate my reflection on some specific points.

“Pious Schools Going Forth” is a formative project, but it’s not just that. Indeed, it is true that we seek that a group of Piarists, every two years, carry out a process of integral formation -marked by the keys of the interculturality and the missionary availability- that allows them to grow in their vocation and to be able to collaborate in a new way in the mission of the Order, both in its own demarcations and in other places of mission. This is true. But we aspire to more.

With the coordinating team we have talked a lot about what it means to generate a “Going Forth Culture “, a way of understanding the life, the mission, the availability, the vocation, even the organization of the Pious Schools, from the perspective from which the Pope Francis speaks so many times to the Christian community: a Church “Going Forth”, i.e. more missionary, less referential, more passionate about evangelization, more ready to mission options although they can be complex, more Samaritan, closer to the poor, less preoccupied for itself, more focused on its only Lord, more creator of bridges and overcoming walls, etc. All these things -and many more- are underlined by the Pope when he speaks of his desire for a “Church Going Forth.”

The project we propose would be meaningless -or at least not fully understood- if we reduced it to “a group of Piarists who make a two-year course with some meaningful experiences“, and the Order lived back to -or not really interested in- the dynamisms we are trying to push. So I want to share with you some of those dynamisms.

Piarist Religious who work thoroughly to be available, to offer their person to the mission of the Order in diverse contexts. It Is true that all of us, by definition, are available people, but it is also that availability is an attitude in which we must all grow. It’s not just about being available, but about working for it. And this is a deeply spiritual task. The great options of consecrated life we cannot take them for granted or stop caring for them. We always have to work them. The project participants will tackle these issues in depth, but we all have to feel called to carry out a “spiritual work” that will help us to grow in this dimension that is not only central, but especially significant, in our lives.

Piarist Religious who want to start working on what it means to build an intercultural Schools Pious, in which we are able to carry out common projects among different people, in which we know to combine well the necessary enculturation with the enriching plurality. It is the whole Order that needs to be challenged, because we have to recognize that we have talked little about it and have deepened little in the various keys that configure it.

I Already announce that the General Congregation is organizing a “Seminar of work” on interculturality that, God willing, will take place in Rome in the days February 3-7 of 2020. We want to contribute to our reflection on this exciting challenge, and we want to offer to the whole of the Schools Pious some clues that will help us to deepen.

Piarist Religious that can be sent on mission in a new way. The “margins” from which we understand the “sending in mission” have changed a lot among us. Not only because the demarcations themselves have changed, and within the same Province we can be sent to places where years ago we had not thought, but because it is becoming more and more normal among us that the scope of our sending is the whole of the Order.

This does not mean that we should not take care of the Provinces, or that these have lost relevance in the dynamics of the Order. None of this is like that. The Provinces are necessary, central, essential structures, and their dynamism must be cared for especially by the Order. What is happening is that it is becoming increasingly clear that “loving the Province and loving the Order” is the same love, and that “being available for the Province and being it for the Order” are the same availability.

It is Not insignificant that we have said to all who are interested in participating in the project “Going Forth” that they have the commitment to be available to be sent on mission, but also to accept not to be sent to any place different from their Province, which will be the most normal. Among other things because no project of the Order should jeopardize the possibilities of growth in life and mission of each and every one of the Piarist demarcations.

Piarist Religious available to new mission presences, of a different style. We think of presences in the Provinces in need of revitalization, to be endowed with a project that goes in this direction and that needs “more hands than their own”; presences in countries where we are beginning and need the support of a new Piarist community that can accelerate the consolidation process; presences in a new country, in which we are not present, but we are awaited with illusion and hope; presences in countries where we were and in what we have the possibility to rebuild the Piarist history that at the time it seemed to come to an end, but it is not and never has been like that; presences in especially needy contexts of “ad gentes” missionaries, in which the emergence of indigenous Piarist vocations will be especially complicated; presences capable of renewing dynamisms of community life and mission that require new airs and new commitments, etc.

We are not just looking to organize a course for twenty religious that ends in two years and that -no doubt- will help them in their vocation. We seek to start a new dynamism, and that this project be not only maintained in time, but that it will transcend its own organizational limits and will impregnate the Order of a new culture, of a greater capacity to face the challenges that an institution like the Pious Schools must face, engendered in the Church to contribute to the reform of the Christian community and to the transformation of society. Calasanz showed us the way; let’s follow it.

In this project, there are some areas of our life and mission that are especially connected with the “going forth” project. I Quote some of them: the initial formation of the Piarist, who must systematically work these dimensions, always from the perspective of the “religious that our world and our Church need”; the formation of trainers, who must accompany so many generous souls of young Piarists who wish to grow in deep communion of Order; The style of the communities that we are founding, challenged by the testimony of the fraternity, of being the soul of the mission, of the stewardship, of the centrality of the Lord, etc.; the “above all to the poor”, which marked from the beginning the life of the Pious Schools and which remains central in our way of understanding the mission of the Order; the updating and incarnation of the charism -both things- in diverse and changing contexts…

I leave it here.  I invite you to continue reflecting on all this in your communities, in your Piarist meetings. But above all I invite you to pray for the fruits of this project, so that the Lord may bless the efforts of the sons of Calasanz to continue serving as cooperators of the Truth in the very rich field that He has been entrusted to us.