“Lord, have mercy on me, because I am a sinner” 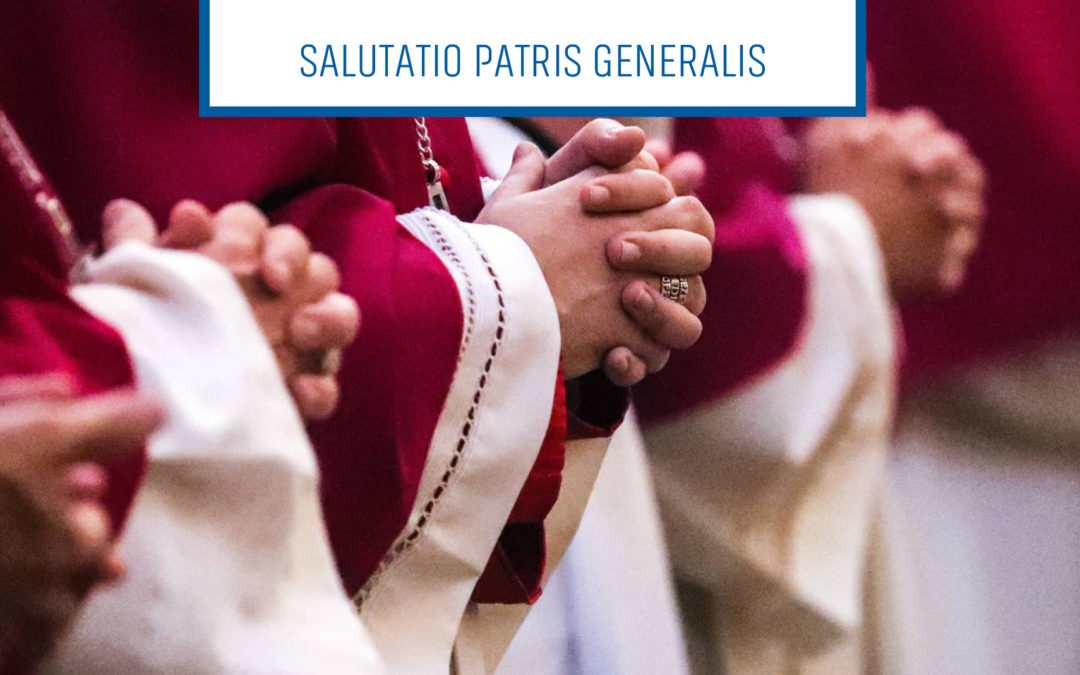 I dedicate this Salutatio to a shared reflection on one of the strongest challenges we have as Christians and as religious: clericalism. We are facing one of the ecclesial dynamics most denounced by Pope Francis throughout his pontificate, and I think it is worth reflecting on it from the context of our Pious Schools.

I entitle the letter with the prayer of the Publican, contained in the Gospel of Luke and presented as an alternative to the Pharisee’s prayer. And I do it because I believe that this parable, popularly known as “the Pharisee and the publican [1] “, is one of the clearest to understand what clericalism means and the serious dangers it entails. As in almost every parable of the Gospel, it is especially important to read whom it is addressed to. This detail is usually underlined at the beginning of the narrative, but sometimes it escapes us. Jesus directs this parable to “those who presume to be men of good and despise others” (Lk 18:9).   Indeed, the Pharisee says, “I thank you, Lord, for I am not like the others”. And he gives a list of things he does well, his high degree of compliance with the mandates of the law. His self-image is superior, and his attitude to the other is that of contempt because he considers him “a second-level believer.” It is a parable against clericalism.

From my point of view, the root of clericalism is perfectly portrayed in this parable and consists in feeling superior to others “because of his office or his role in the Church”. For this reason, clericalism introduces a rupture dynamic into the ecclesial communion, and leads the clerical state to the risk of self-sufficiency and, hence, to many other scenarios, some of them extremely serious and painful, as we have been able to experience.

I think that the awareness that clericalism is one of the most serious evils we experience in the Church is growing among us, and that it affects us all, also Consecrated Life, and also our Order. And while it may be surprising, it affects too the lay people who walk within the Pious Schools. However, at the same time that awareness of this risk grows, I doubt that clarity about what it means or about the dynamics that are meant to overcome it is growing. Clericalism is not surpassed “by decree”, but through a long process of “unlearning what has been learned and learning the new“. Like all entrenched trends, a long process of transformation is needed. There is a long way to go.

It is very important not to fall into simplifications. Clericalism has nothing to do, for example, with the use of the Piarist habit or with the careful and beautiful celebration of the Liturgy. I have met religious in jeans – or with jacket and tie – who were extremely clericalists and Piarists in sweaty cassocks full of marks of heavy work, humble and servant, to whom young people gave a deep joy to approach and feel listened to by them. The clothes we wear should serve what we are called to be: become close, and never become an expression of power or elitism. When this happens, something does not work well with us.  Likewise, I know priests who confuse the “close and pedagogical celebration” with the botch, priests who celebrate the Liturgy with a precious – and pedagogical – care for sacramental and ritual language, as well as others who are “examples” of that rigidity that absolutizes the relative, an idolatry similar to that to which it relativizes the absolute. Simplification is not the way; it never has been. Clericalism is something deeper.

Clericalism is both an attitude and a structure. It is a mindset that tends to crystallize in a culture. That is why its removal requires serious and deep, systemic and accurate work. The attitude of the one who “believes that as a priest he is above others and, therefore, should not be judged by others” – the second is an immediate consequence of the first – is gradually consolidated into a clerical culture or structure. If the “clerical attitude” can be defined as that of the one who feels that his ordination or vocation makes him superior, the crystallization of that mentality in a culture – or organizational culture – could be defined as the “conscious or unconscious concern to promote the particular interest of the clergy and to protect the privileges that have traditionally been granted to those in the clerical state”.[2]

This “clerical culture” always degenerates into dynamics that do nothing to help the construction of the Church and, in our case, the Christian Piarist community. Problems such as authoritarianism, the absence of co-responsibility, the undervaluation of the role of women in the Church, the excessive dependence of the priest or the superior, etc. appear immediately. Let us be aware of that.

And, without a doubt, clericalism brings with it the most serious of consequences: the transgression of boundaries, which has led to the painful consequences that we all know. The lack of respect for the other, sustained by the idea that we have the right to transgress the limits of that respect, is at the heart of everything related to abuses within the Church. Many scholars relate this dynamic to a certain vision of the priesthood as a representative of a sacred power, of a self-sufficient and closed God instead of the God Father of Jesus Christ. What is already known as “syndrome of the chosen one” lets us go more profoundly into this line of reflection. An example of this syndrome is that of King David, with a clear awareness that he had been chosen by God and that he was unable to respect the limits. This led to the abuse of power, conscience and sexuality. Clericalism tends to place people and institutions above limits. That is why Pope Francis insists so much on this issue.

Taking one more step, I would like to approach three simple reflections, thinking of us. I believe that within us there are some symptoms of the clericalism virus, just as there are some clarities of how it is overcome, as well as some challenges that we can pose ourselves. I would like to say something about each of these three aspects.

Some “symptoms“. Over the years I have seen attitudes (personal and institutional) that are “red flags” that have to make us think. I speak freely, surely we can all feel included in some of these symptoms, because “whoever is sinless, may throw the first stone”.[3]

That is all real. And more things we could say or share in meetings where our goal was to discern how to accompany Pope Francis in his desire for a more Samaritan and more servant and community-generating Church.

I am talking about the symptoms of the disease. Not from the countless signs of “Calasanctian life” I perceive in the Order, pregnant with humility and service. It will be nice to write another letter about it. I may be encouraged. I am inspired by the growth among our young people of the aspiration to be “Simply Piarist”. That is the right direction.

Some clarities to overcome it.  Reading Pope Francis, I see that the orientations he gives to overcome clericalism can be summed up like this: an absolute priority of mission in the Church; greater proximity of the clergy especially to those on the periphery of society;  appropriate inclusion of lay people in decision-making processes in the Church; greater formation for all; greater emphasis on the primacy of the Sacrament of Baptism and the Holy People of God to whose service the clergy are; a greater assessment of the infallibility of the faithful in creedendo and of the sensus fidei; truly trust that the Holy Spirit is well present among the lay faithful.

These contributions that the Pope is making at various times can be synthesized in this clairvoyant statement: “In the people of God, faithful and silent, resides the immune system of the Church”.[4] For us Piarists, there are some interesting consequences that we are called to think about and which are consequences of these lines proposed by the Pope.

Some challenges we can pose ourselves. I sense some new horizons that open up before us, in the form of positive challenges that will help us take steps in the right direction. Changing a “culture” requires processes, but it also requires decisions.

Let us never lose sight of Calasanz’s thinking, aware that by our own means we cannot attain that vocational authenticity that we seek. “In a humble attitude we must expect from Almighty God, who has called us to this very fertile harvest, the necessary means that make us worthy cooperators of the truth.”[6] We must put the means at our disposal, the result of a certain and demanding discernment, and pray intensely to the Lord of every vocation to help us in this process of “transformation” to which we are called.

Get a fraternal hug

[2] This is the definition given by the 1983 Conference of Major Superiors of USA in its assembly on “Solidarity and Service” It is almost forty years old, but history – sadly – has proved it.

[6] Saint Joseph Calasanz. Constitutions of the Pauline Congregation of the Poor of the Mother of God of the Pious Schools n.3.