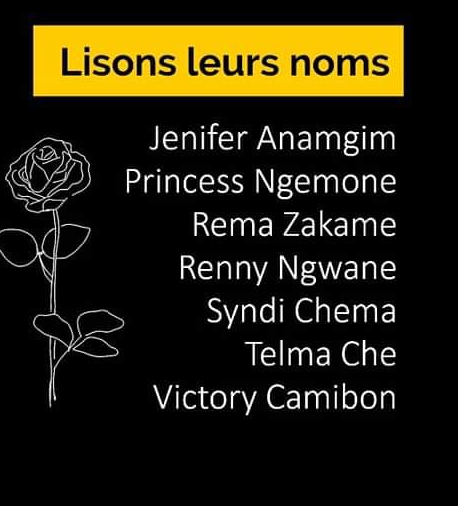 Twelve children were assaulted, on Saturday, October 24, 2020, in their classroom by armed men in the city of Kumba in Cameroon, in the context of the complex conflict that exists in the country for 4 years. This conflict has caused major unrest in the education sector, but many children attend class regardless. These children wanted to study, and seven of them were mercilessly killed. They’re already called the “martyrs of education.” We publish their names and faces, to keep them present in our prayers, as children of the saint who gave his life for the education of all the children of the world.

We transcribe the words of Pope Francis, who referred to this murder at last October’s general hearing on October 28, at the Vatican:

“I participate in the suffering of the families of the young students barbarically killed last Saturday in Kumba, in Cameroon. I feel great bewilderment at such a cruel and senseless act, which tore the young innocents from life while they were attending lessons at school. May God enlighten hearts, so that similar gestures may never be repeated again and so that the tormented regions of the north-west and south-west of the country may finally find peace! I hope that the weapons will remain silent and that the safety of all and the right of every young person to education and the future can be guaranteed. I express my affection to families, to the city of Kumba and to the whole of Cameroon and I invoke the comfort that only God can give.”