Meeting of Pedagogical Innovations in Łowicz 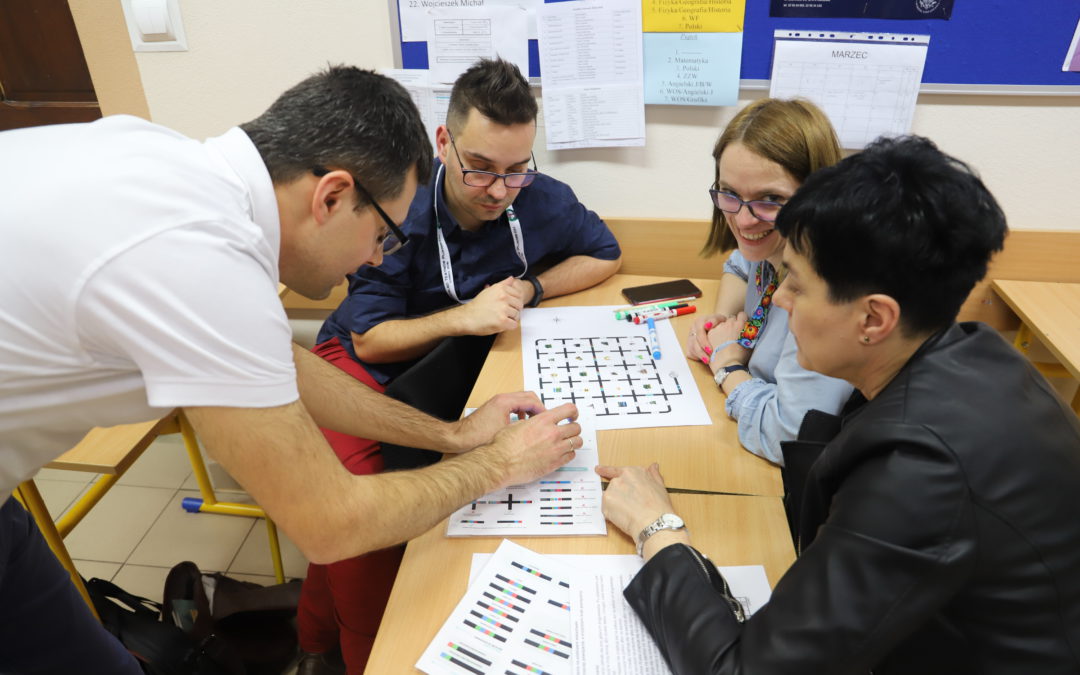 The first edition of the Meeting of Pedagogical Innovations took place at Łowicz school on February 28 and 29. 60 teachers from the schools of the Piarist Fathers and Sisters of eight cities with Piarist Presence in the School in the Province of Poland participated.

We have found that in the midst of the teachers of the Piarist schools there is an extraordinary educational potential as a result of academic preparation and at the same time of the educational experience – says Fr. Sławomir Dziadkiewicz, Provincial Assistant of the Schools – and we will try to take advantage of it. At the beginning of the current school year, a new provincial team called the Council for Educational Education and Pedagogical Innovation was launched. The meeting in Łowicz was the initiative of that Council.

The workshops were divided into 4 thematic blocks related to primary education, Polish and English language education and mathematics education. Specific themes were developed in each block.

In the area of primary education:

– Expressing myself: how to use the techniques of Freinet and other fruits of alternative theories of pedagogy, especially in the process of the development of the literary and linguistic competences of each student since childhood.
– Math games: how to facilitate the learning of mathematics thanks to games and amusements during educational work both with a student with difficulties and with a very suitable students.
– Cryptography: how to introduce to primary education some elements and programming bases. Some examples were shown on how to use robots. The ways of developing algorithmic thinking of children were explained.
– Group strength: how in creative mode to divide students into groups; how to enhance the group’s ability to cooperate and its co-responsibility.

In the learning field of the Polish mother tongue:

– Mobile apps: how to use advances in technology in language education, for example, QR code and Google Drive platform. Examples of the applications used in this task were shown.
– Conjugation: how to learn grammar in a pleasant and usable way. Using examples of word play.
– Theatre: understood as a space to express thoughts and form literary creativity. But not only that; is it also about the therapeutic role of theatre. We pay attention to each stage of the preparation of the work, that is, from the writing of the script, the preparation of the scenery and, of course, the long path of interpretation during rehearsals, to the final representation.

Workshops in the field of English as a foreign language:

– Lemov techniques: how to motivate and engage students. The workshop included some proposals from Doug Lemov, a Boston teacher.
– To speak or not to speak?: How to learn any foreign language to be able to communicate through it. Preparation for written tests during exams and/or for “oral tests” in everyday life is the question.
– Time of genius: a workshop dedicated to the theme of how to encourage student creativity.
– Times in English: how many there are? How to learn the grammar without fixing it. The practical adaptation of visualization, polysensory methods and mental maps.

– Demonstration: how to use this type of reasoning in the educational process of mathematics. As an example, Cauchy’s theories were proposed.
– Mathematics and linguistics, in other words, mathematical linguistics. These are riddles and puzzles prepared in natural and artificial languages.
– Ozobot: how to use robots in children’s education to learn programming.
– GeoGebra: how to teach geometry by taking advantage of multimedia, that is, multiple digital means of expression and in particular the GeoGebra software.