Meeting of the Board of Trustees of Itaka-Escolapios 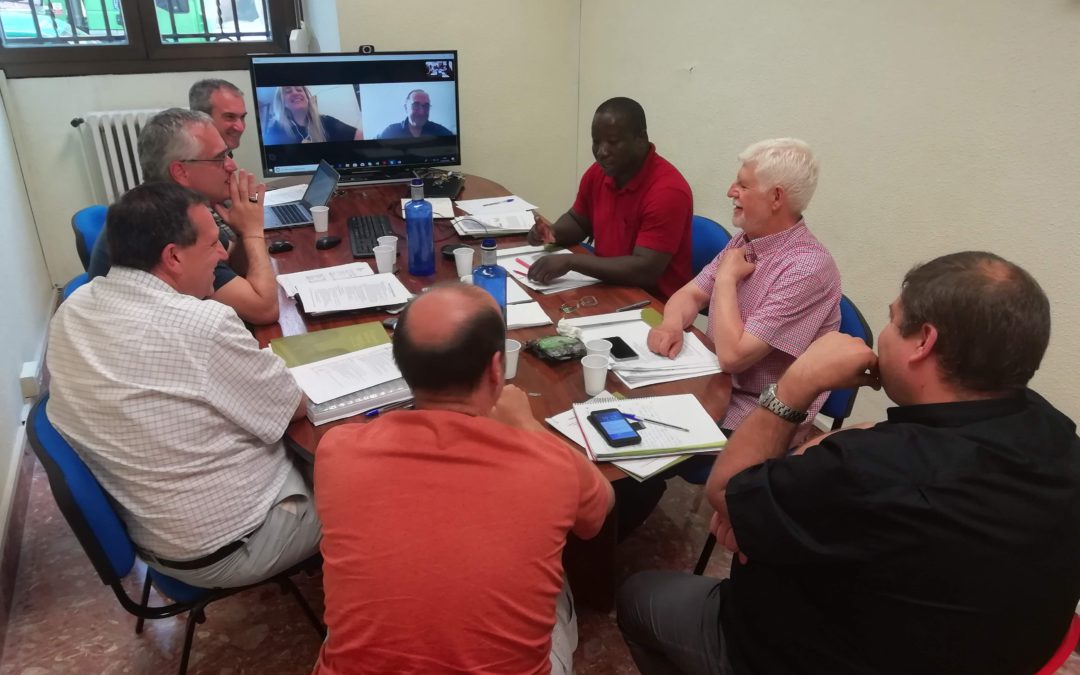 A new meeting of the Itaka-Escolapios Board of Trustees was held on Thursday, June 27. On this occasion, the meeting was held with some of the patrons gathered in person in Bilbao and others participating by videoconference.

The Board of Trustees is the governing body of Itaka-Escolapios, which meets ordinarily twice a year and of which representatives of its founding entities are part: the Order of the Pious Schools and the Piarist Fraternity.

The meeting began with a prayer in which there was a moving memory of Father Juan Mari Puig, who died a few days earlier, who among many other things was patron and promoter of Itaka-Escolapios.

Topics covered on the agenda include the presentation and approval of budgets for the next 2019-20, which reflect a forecast of revenue and expenditure for the balanced financial year of around EUR 5.4 million. Budgets that reflect in numbers the growth of the entity in terms of support and development of the shared Piarist mission in Itaka-Escolapios, to which new projects and places of presence are added every year.

Subsequently, there was opportunity to review some developments in the Itaka-Escolapios network, including the proposed solidarity campaign for the next course, as well as to report relevant changes in some demarcations after the recent chapters.

At this point also, taking advantage of the presence of Fr. Jean Bernard Dialomao Diatta, the Board of Trustees had the opportunity to listen first-hand and discuss the current reality in Mozambique and the challenges and projects of this young Pirist presence, which is part of the Itaka-Escolapios network since last year.

Finally, time was devoted to reflecting on the reinforcement for this next time in the teams serving the Itaka-Escolapios network. In particular, the Board of Trustees approved the extension of the Executive Committee with three new members: Fr. Emmanuel Suárez, Fr. Joseph Binoy Kunnel and Alberto Cantero. Undoubtedly, additions that enrich the Executive Committee and will be a very important contribution from this team to the impulse of Itaka-Escolapios.

Rest in peace Fr. Jacek Nowakowski of Blessed Virgin Mary of Perpetual Help (22) who died in Strážnice (Czech Republic) on August 10 at the age of 41. He was a religious Piarist 21 years. We thank God for his life and his service to the Order. pic.twitter.com/Tsb4ih48DZ