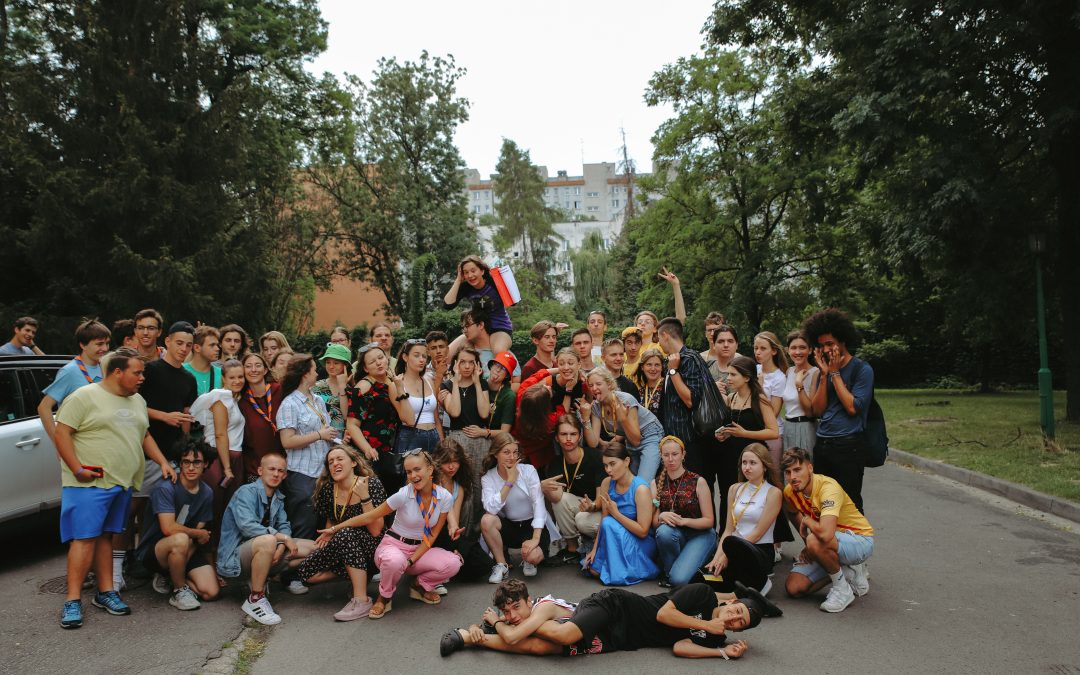 From July 20 to 26, 2022, the Piarist Youth Meeting of Europe (PYM) was held. The first part of the meeting took place in Rzeszów and the second part in Kraków. It was attended by more than 200 people from the Piarist (Fathers and Sisters) presences of Slovakia, Ukraine, Hungary, Catalonia and Poland.

The participants of the meeting were accommodated in the school of Rzeszów and also in the two schools of Kraków. During one week we visited the city center of Rzeszów, the Łańcut Castle, the Ulma Family Museum in Markowa, the neighborhoods of Kraków: Old Town, Kazimierz, Podgórze and Nowa Huta; we made a pilgrimage to the Shrine of Divine Mercy in Łagiewniki; we visited the Piarist school, the former Piarist church and the present Piarist parish in Rzeszów and the three Piarist churches in Kraków on the streets: Dzielskiego, Meissnera and Pijarska.

The theme of the meeting “I am” was developed in three talks. Fr. Carles Gil i Saguer, Assistant General for Europe, addressing the theme “I am human”, asked, how would you title the story of your life? Anna Marek-Cycoń, pedagogue and specialist in marital sexuality, in the lecture on the theme “I am Christian” shared her experience of how God sometimes gives us very strange signs of his presence. The talk by Katarzyna Barnaś, a member of the provincial team of the Calasanz Movement, entitled “I am Calasanz” concluded with an encouragement: once you have met and discovered Calasanz, start acting like him!

The sharing in 12 international groups was led by 18 animators. The main language of the meeting was Englishbut thanks to the translation system the national languages were also used: Slovak, Ukrainian, Hungarian, Catalan, Spanish and Polish. During each Eucharist one could feel the feeling of Catholicism of the Church by using each of these languages.

More than 70 people participated in the organization in the preparation phase of the program and during the event: the Piarists Fathers and Sisters, teachers from our schools, parishioners and friends, as well as a very large group of monitors and volunteers, especially young people from Rzeszów and Kraków.