News from the Calasanz Movement Provincial Team of USA and PR 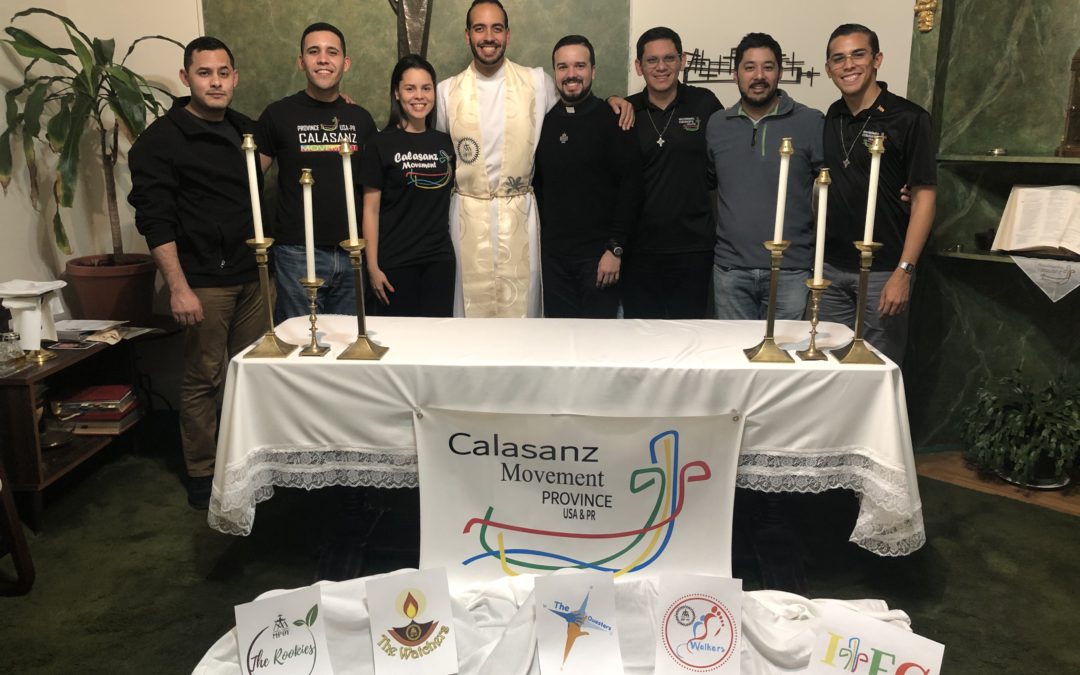 The first session took place in the context of the realities of the presences that make up the province. The representatives of these presences shared their perspectives and hopes for the new semester. The next working sessions continued with the same intensity. During the second session those present were able to share virtually with representatives of the General Team for Calasanz Movement of the Order. The Provincial team was able to ask questions, listen and share experiences, and most importantly, they received new tools that will serve to promote this great project in our province.

The last two sessions were the most intense. Work focused on the objectives and guidelines that will help the Calasanz Movement in the province in order to continue growing and expanding itself. In these two sessions the plan with which the project started a little more than a year ago was reviewed and discussed. The representatives by zone identified important points to modify and gave form to a new project that will serve as guide for what will be the Calasanz Movement in USA-PR for the next four years.

Among other things, a discussion took place regarding the project that is taking shape towards World Youth Day 2022 in Lisbon, Portugal, and the hopes that guide the team while walking to the General Chapter 2021. After a long and productive day of work, all those present gave thanks to God and presented the results and conclusions of the meeting to the Lord, as well as the projects by zone and the leaders and representatives of each one, with an exposition and adoration of the Blessed Sacrament.

United in communion of prayers and thanksgiving for everything that could be done and for the project with which all the members and representatives of the Calasanz Movement of the province have been sent to their respective presences. Let us continue to pray for the development and consolidation of this project that brings much good to our presences and nourishes our Piarist charism.