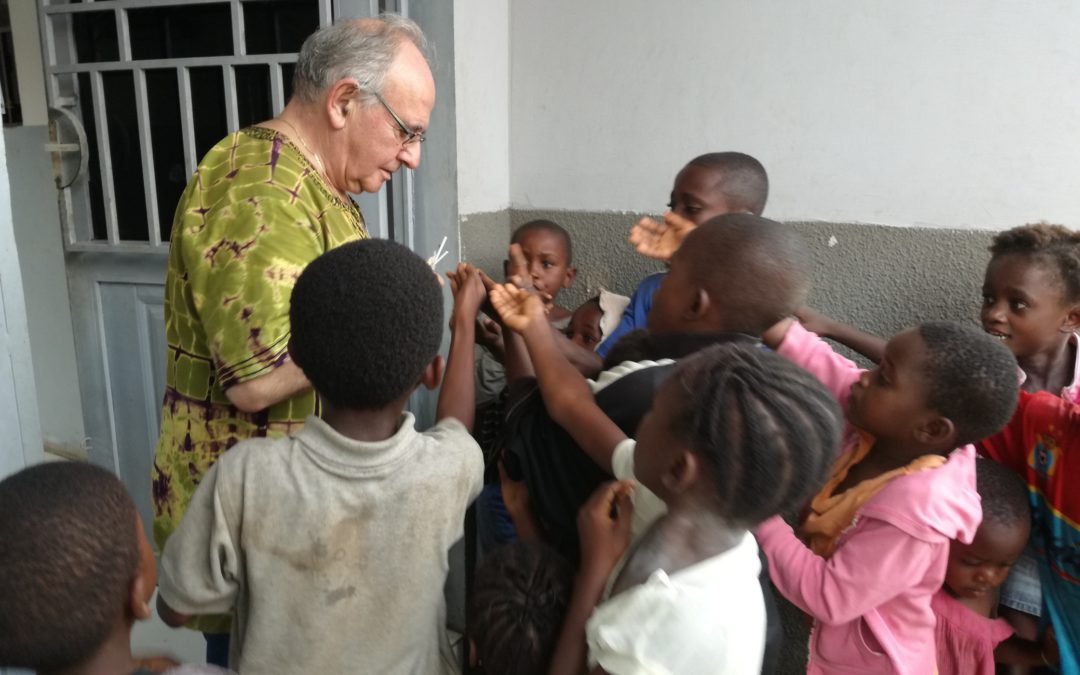 The Piarists are present in Congo since November 2014. The first presence was in Kinshasa (Quartier de Lemba) and the second in KIKONKA (September 2016), from where are the photos of our elementary school.

Kikonka is a population of about 15,000 inhabitants, 122 Km from Kinshasa and 3 Km from Kisantu, provincial capital and Episcopal headquarters, located on National Road No. 1 from Kinshasa to Matadi.  The Bishop, Mgr. Fidelis Fedele, has entrusted to us the mission of Kikonka, in a totally rural environment and that we can define as a mission of “first evangelization” since the majority of the population is not yet evangelized or baptized. It has 3 schools with a student population of about 2,500 children at primary and secondary levels.

The photos correspond to the school of Saint Pierre, the closest to the parish building and in a very degraded and poor social environment, with abundant children out of school, some “street children”, many in a state of malnutrition and with many diseases (Especially malaria, hepatitis and typhoid fevers). The situation is a veritable Calasanctian “Roman Trastevere” of the XXI century, in which the Calasanctian charism and mission are already being and will be a great blessing from God for the poorest and smallest of the earth; if any place can be compared to the Trastevere that Calasanz found in Rome, today it is Kikonka, and like this many other places of Congo RD.

Together with the reconstruction of the first school, we have also begun a project of literacy and training of Kikonka women in disease prevention, children care and hygiene, sewing and clothing…

We Piarists believe that God generously blesses us in the small and poor who find in our presence as a great umbrella that welcomes them with affection and generosity and for whom we are called to be also a blessing of the Father.