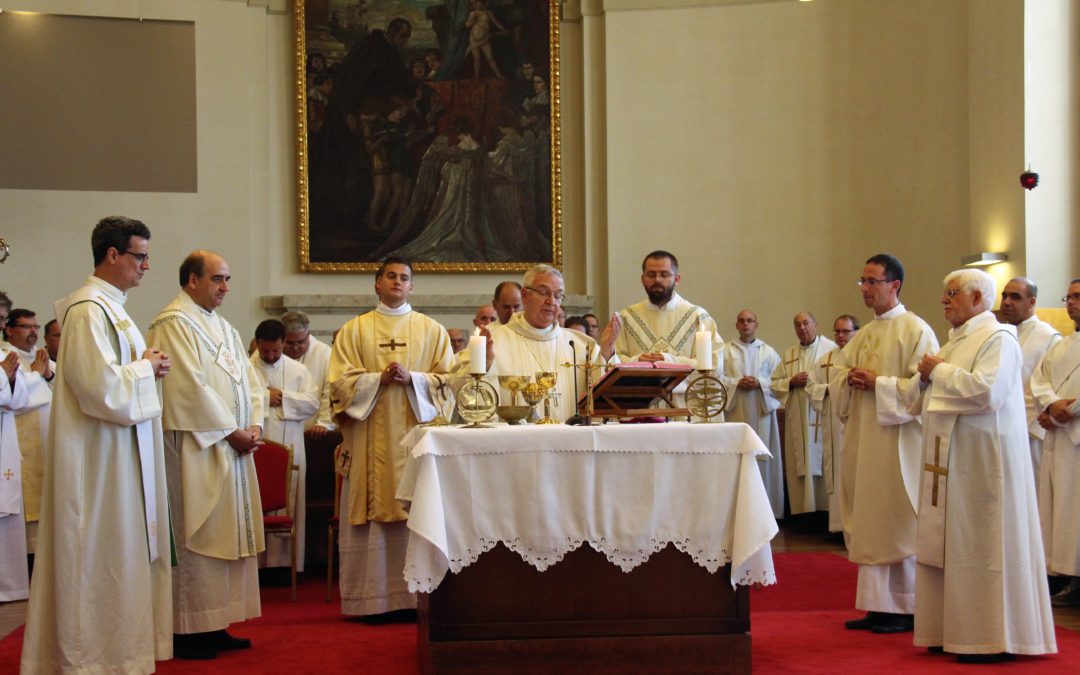 Between 2011-2014 he worked as teacher in Piarist School, Budapest and afterwards he continued his service in Piarist School, Vác until 2016.  Since then he is responsible for new professions in the Hungarian Province and working as teacher at the piarist school, Budapest. He was ordained as deacon 30th September 2017 in Vác with Bálint Vass SchP and Gábor Szabó SchP.

János Balla SchP (ordained as deacon), was born in Szolnok,1992. He sat his final examination at the Piarist School in Kecskemét and graduated fromSapientia College of Theology, Budapest,2015. He has begun his studies at Eötvös Lóránd University’s Faculty of Arts specialized in English and History for 3 years. He joined the Piarist Order 23rd August 2011 and took his solemn profession 18th August 2018.

May God bless Lehel and János and support them in his service!