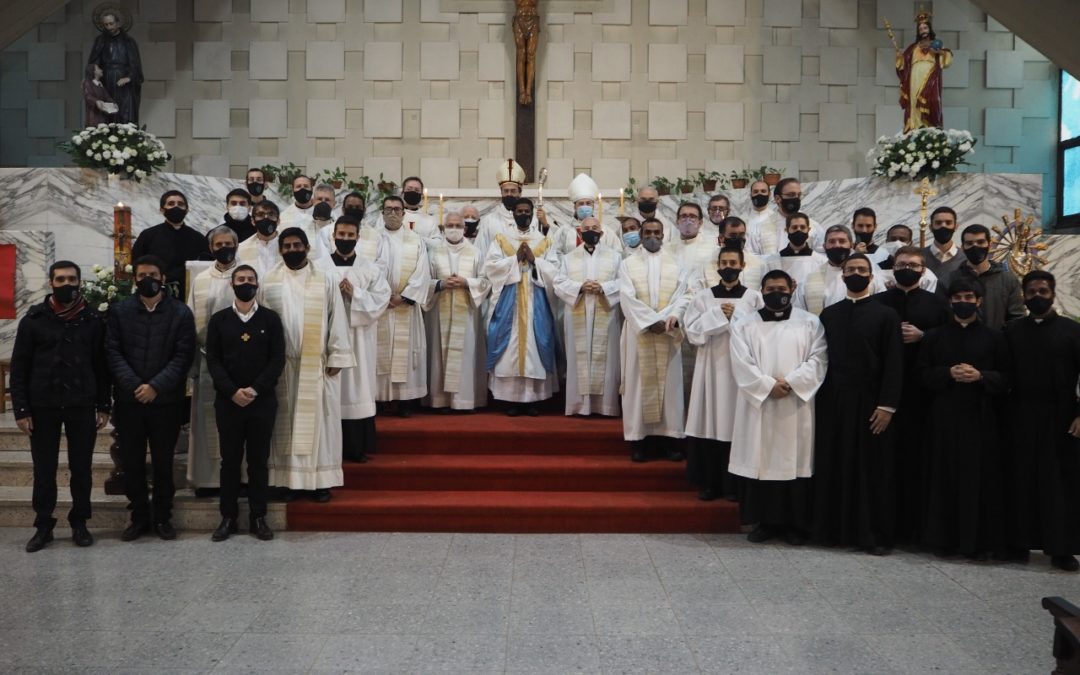 An event of joy for the Piarist Province of Argentina, where he arrived to complete the Initial Formation in September 2015, coming from the Vice-Province of India, which also rejoices for the achievement of this son of theirs. There in Aroor, he began his Piarist journey in 2013.

The original plan was to bring about the return of this brother to his home country to receive the gift of priesthood there. The worldwide Pandemic situation did not make it possible. But Fr. Augustine was not afraid and offered his first young priestly years by receiving priestly ordination in the country that received him “only for a time”.

God places great missions in the hearts of generous men: his first assignment is to be part of the Community that has made itself present in Mar del Plata to recover the Parish of Christ the King, an old aspiration of the Province.