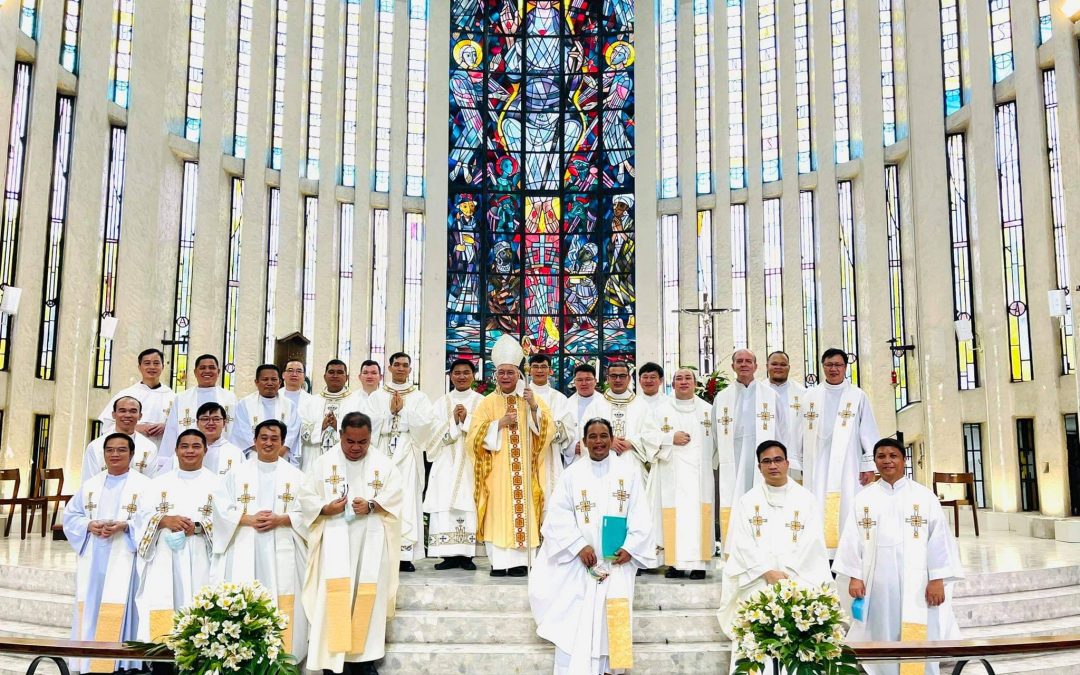 The Province of Asia Pacific celebrated the ordination to the priesthood of Felix V. Olavides, of the Blessed Virgin Mary of the Mother of God of the Pious Schools, Tran Van Luu, of the St. Francis of Assisi, Nguyen Tan Phat, of the Holy Child Jesus and the ordination to the diaconate of Vu Van Soan, of St. Joseph Husband of Mary and John Michael O. Dion of the Holy Spirit.

The ordination was held at the Shrine of the Divine Word, Quezon City, Philippines, on October 9, 2021. Most Reverend Honesto F. Ongtioco, D.D., bishop of Cubao, presided over the said ordination. In his Homily, he said, “the first mission of a priest or deacon is not the flock, it is his commitment to his priestly promises and from there opening his heart and mind humbled in accepting the will of God like Saint Joseph: fatherhood, witnessing, openness, the heart of a father.”

Congratulations to the Province of Asia Pacific for the gifts of vocation and to the newly ordained priests and deacons.