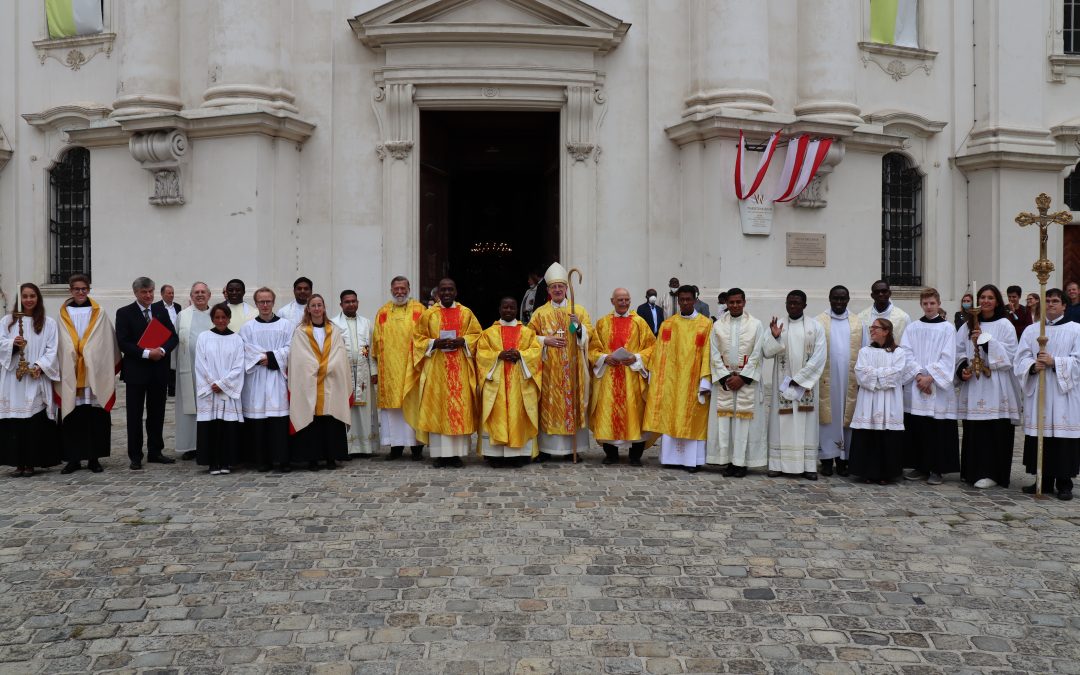 On Saturday, 18 September 2021, our brother Paul Nikiema Sch. P. from Burkina Faso was ordained a priest in the Piarist Church Maria Treu in Vienna, Austria. The Holy Mass was transmitted live on the internet. Through this possibility, Brother Paul’s family was also able to watch the ordination to the priesthood. In addition, representatives of the Embassy of Burkina Faso, the Piarist community from St. Thekla, Krems, and Horn and friends of Brother Paul were also welcomed as guests.

The General Delegate of the Piarists in Austria and parish priest of Maria Treu, Fr. Jean de Dieu Tagne Sch. P., welcomed the Piarist community and expressed his joy at today’s event. With Paul Nikiema, the Piarist Order in Austria will continue to grow and will be able to better continue its ministry to the children and youth. Brother Paul Nikiema was ordained as a priest by Auxiliary Bishop Dr. Franz Scharl. In his preaching, Auxiliary Bishop Scharl drew Brother Paul’s attention to his future path in life as a priest and said that he would now serve the community.

From Rome, Fr. General Pedro Aguado sent a letter. In it, he congratulated Fr. Paul on his ordination.

At the end of the ordination, Fr. Paul Nikiema expressed his gratitude to all present and sang a French song of thanks.

We wish you, dear Father Paul, all the best and God’s rich blessing for your work!