Province of Brazil-Bolivia. Formation of Catechists and Animators of the Calasanz Movement of Brazil 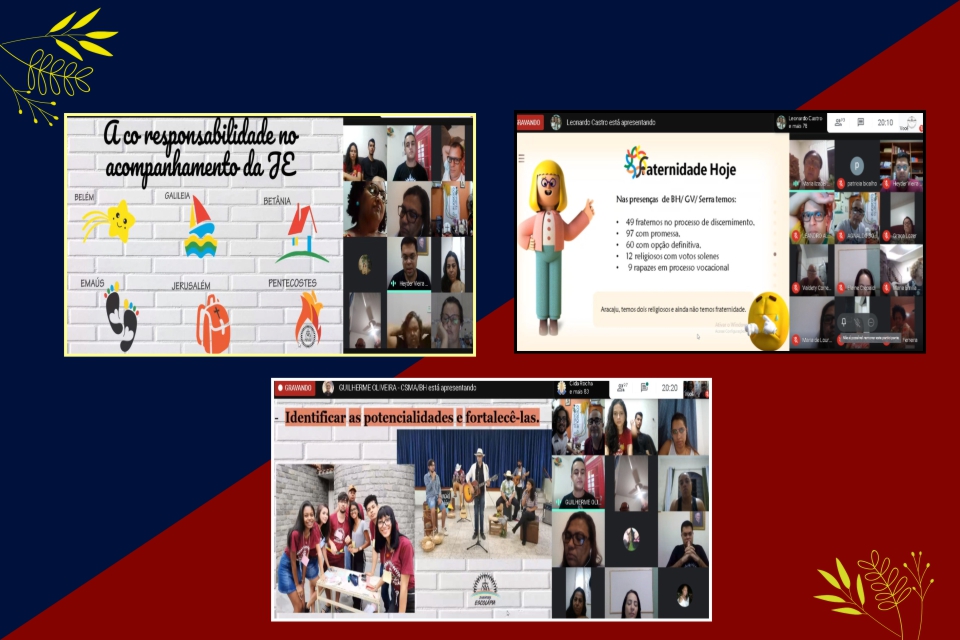 Throughout the three days of training the environment among the more than 100 connected agents was of great joy and satisfaction.

The themes offered were: The Piarist Vocational Culture (Fr. Alexandre Ribeiro, Sch.P.); The Accompaniment of the Piarist Youth (Guilherme Oliveira and Bro. Heyder Vieira, Sch.P.); and The Integration of Fraternity and the Itaka Escolapios Network (Izabel of Jesus and Patrícia Bicalho). The presentations helped us to understand and feel involved in the richness of the proposal of the Pious Schools, which can and should be lived and experienced in the activities of the Calasanz Movement.

The virtual meeting of Brazil’s four Piarist presences (Belo Horizonte – MG, Governador Valadares – MG, Serra – ES and Aracaju – SE) helped to reflect deeply on the Piarist mission, which must be present on the path of faith groups within the process of building the Christian and Piarist identity of our children and young people.

We thank all the catechists and animators of Brazil’s Piarist presences who organized the same as providing and contributing to the success of the training. And, also, our gratitude and affection to the collaborators who offered to present the issues.

Let us continue on our paths inspired by the life and work of Saint Joseph Calasanz; that he will continue to intercede before God for us.