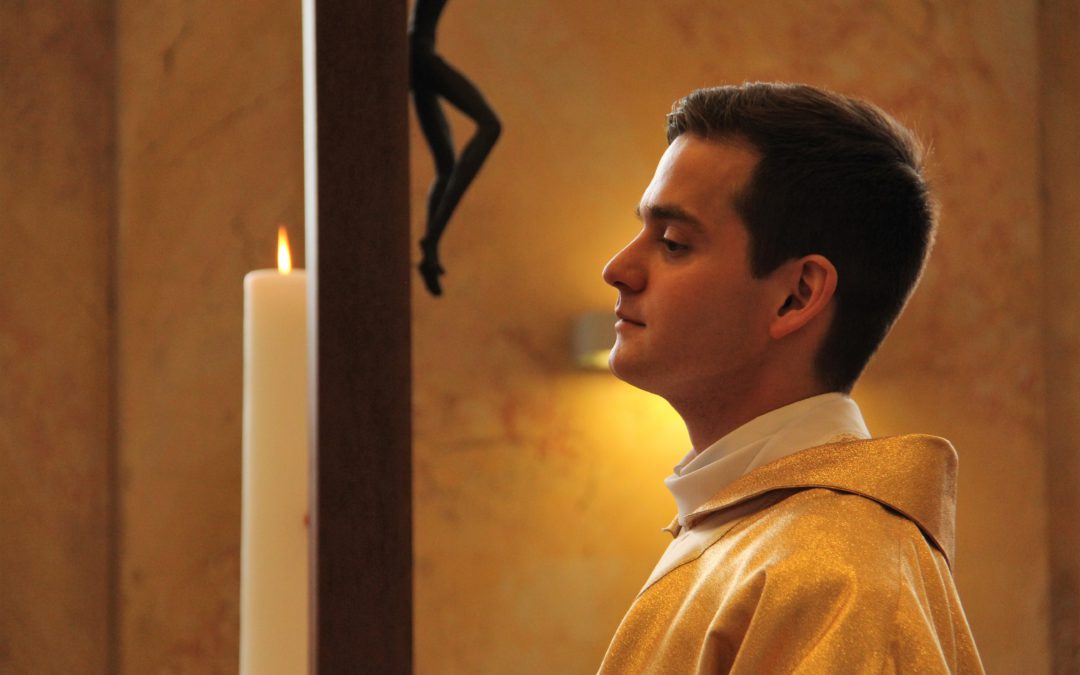 27th April 2019 János Balla Sch. P. (1992) was ordained as a priest by Cardinal Péter Erdő, Archbishop of Esztergom-Budapest in the Piarist Chapel of Budapest among the circle of his Piarist brothers, family members, and friends.

At the beginning of the ceremony, Provincial László Szilvásy Sch. P. welcomed Péter Erdő as an old and honorable member of the Hungarian piarist family. (The cardinal was a piarist student in Budapest during the late ’60s and he has been a confrater for long years.)

János Balla Sch. P. was born in Szolnok,1992. He sat his final examination at the Piarist School in Kecskemét and graduated from Sapientia College of Theology, Budapest,2015. He has begun his studies at Eötvös Lóránd University’s Faculty of Arts specialized in English and History for 3,5 years. He joined the Piarist Order 23rd August 2011 and took his solemn profession 18th August 2018. He was ordained as deacon also in Budapest, 6th October 2018.

May God bless and support János in his service!

Find out more or adjust your settings.