Province of Poland. Great joy for the celebration of the 50th anniversary of priestly ordination 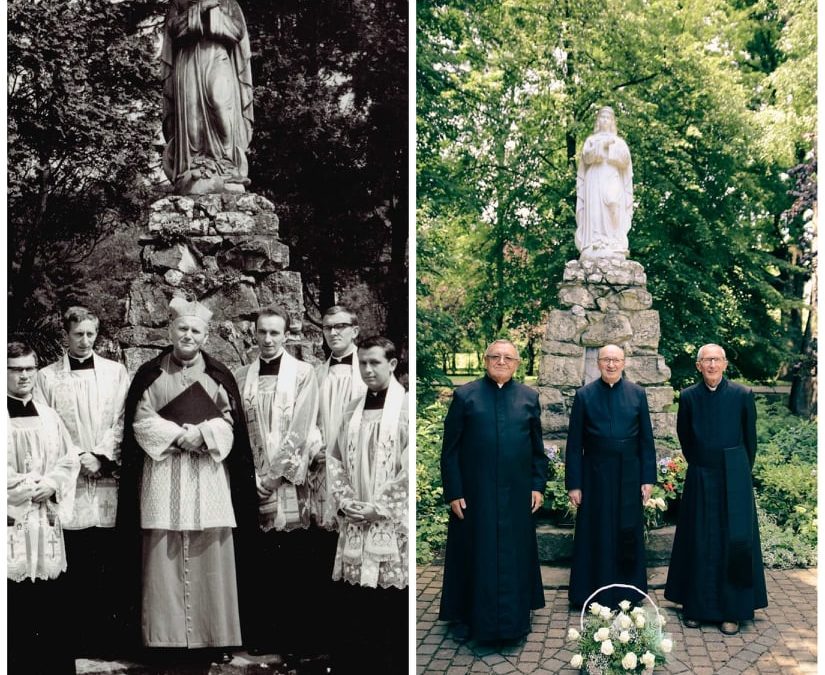 The solemn Eucharist took place on June 27, 2021, in the Piarist parish church of the Most Holy Name of Mary in Krakow, the same church where the honored Piarists were ordained on June 18, 1971. Fr. Provincial Mateusz Pindelski in his homily emphasized that the daily priestly life of Frs. Jan Taff, Eugeniusz Śpiołek and Jacek Raczek dedicated to the pastoral service of children and young people in parish groups and then in schools forms a good part of the history of the Province. The celebration was attended by the Piarists and Piarist Sisters, and many friends of the Piarist pastoral ministry of the various works in Poland.

In the photo taken two days after the ordination 50 years ago, they appear with the then Archbishop of Krakow, Card. Karol Wojtyła, the following religious (from left to right): Krzysztof Muszyński (+2009), Eugeniusz Śpiołek, Jan Taff, Jacek Raczek, Antoni Jędrzejek (+2000).