Province of Poland. Opening of the Piarist Vocation Year 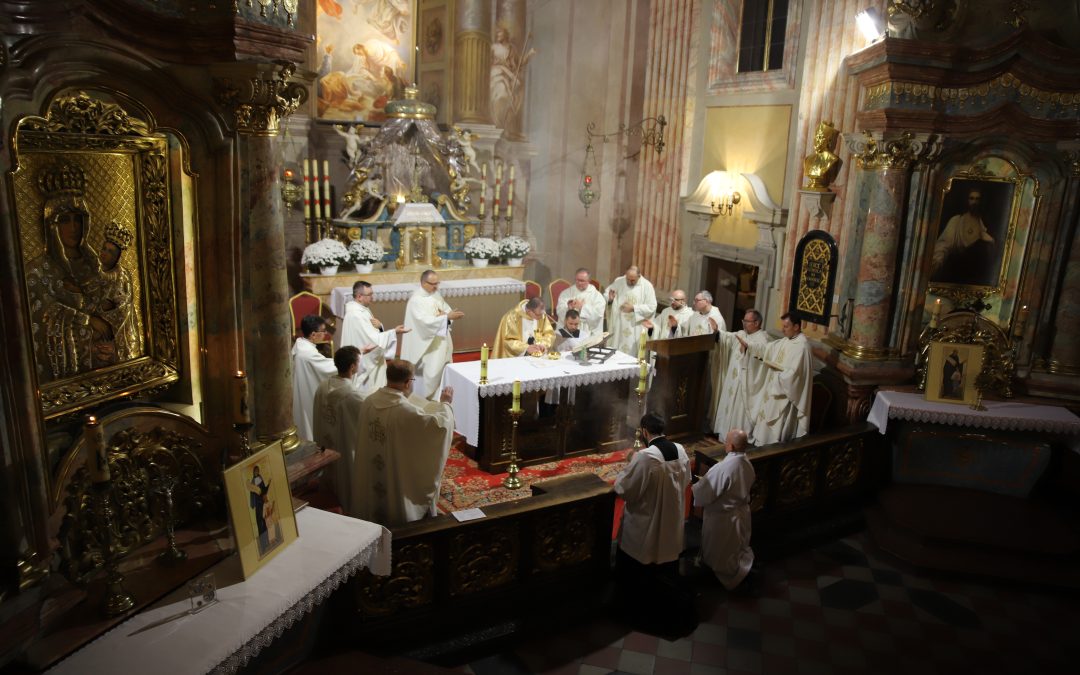 In the church of the Transfiguration of Christ, in the Provincial House of Krakow, last November 25, took place the opening ceremony of the Piarist Vocation Year. It was a special day lived in the Calasanctian Family with St. Joseph Calasanz and St. Paula Montal on the 20th anniversary of her canonization.

The Eucharist was presided by Fr. Provincial Mateusz Pindelski. Fr. Tomasz Jędruch, Provincial Assistant for the parishes, in his homily spoke about the example of the saints and blessed, among them, the founders of the religious institutes of the Calasanctian Family. “They all looked at the world through the lens of children. And they welcomed and accompanied them in the name of Jesus. Accepting the call, they responded to the voice of the Lord and, in different places and at different times, dedicated their whole lives to them” – said Fr. Jędruch.

The Eucharist was attended by Piarists, Piarist Sisters, representatives of our students and alumni, members of the Fraternity and collaborators of our works in Krakow.

After the celebration everyone gathered in the newly restored classroom with frescoes by the famous 18th century Polish painter Andrzej Radwański. Before the church was built and consecrated in 1728, it was originally a chapel, then for a few years in the 18th century it served as a library, and after Radwański painted it until the 19th century it was the refectory of the Piarist community.

At the beginning of the Vocation Year, the project “Become a Piarist” was launched, coordinated by Fr. Radosław Boboń, responsible for vocation ministry in the Province of Poland.