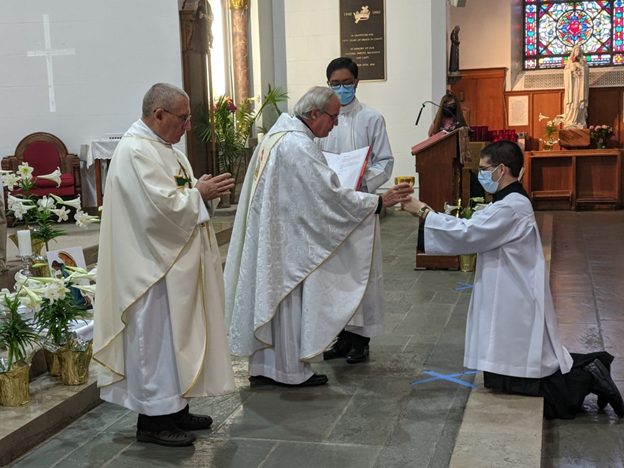 The celebrations were presided over by Fr. Fernando Negro, Provincial Superior of the United States and Puerto Rico. Several Piarist members and faithful from the parishes attended the celebrations. Father Provincial explained in his homily that these are important steps in the vocational process in which the Piarist vocation is reaffirmed.