Province of the United States and Puerto Rico. Spiritual Exercises and Provincial Assembly 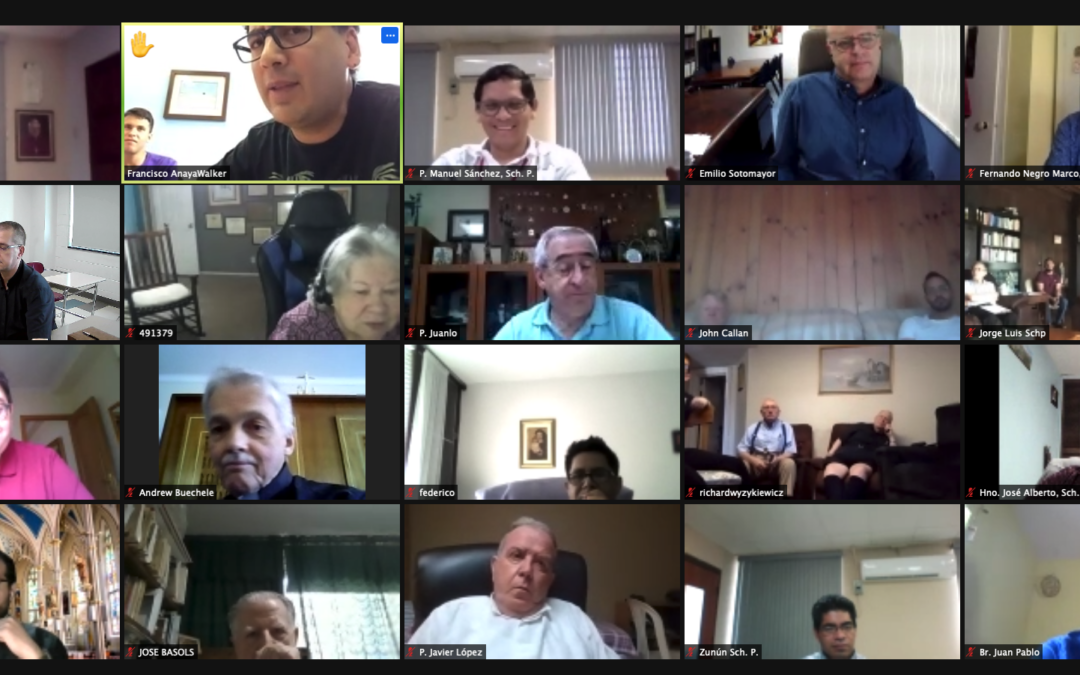 Carlos Martínez Oliveras is a Claretian priest, born in Madrid. He is the Director of the Theological Institute of Consecrated Life in Madrid and author of numerous publications on consecrated life. He also teaches at the Pontifical University of Comillas.

This year he has agreed to lead the Spiritual Exercises of the Province of the United States and Puerto Rico from June 14 to 18, 2021. Due to the restrictions still in place, they have taken place via Zoom, with two daily talks, in the morning and afternoon. Each community had to organize morning and afternoon prayer, Marian prayer and the celebration of the Eucharist. At night there was time to share.

The theme of the Exercises has been “Seekers of God, Witnesses of Fraternity”. Through the first five talks, the itinerary has been to depart from the land of our life and move as seekers of God, as true believers of Jesus Christ in a time like ours, characterized by the current pandemic but also by consistent unbelief. We are also witnesses of fraternity, mainly among the children and young people of our ministry, and our characteristic should be to go out to evangelize with the characteristic of dialogue and synodality. All the presentations were in Spanish and the translation was carried out by Emi Prieto, with the usual delicacy and availability.

The truth is that they have been very special days, fed by doctrine that moves the heart and extremely close, fraternal. We have thanked God and the speaker for all that we have received in these days of Exercises between brothers who remain united, not just connected.

On Saturday, June 19, we celebrate the Provincial Assembly as every year. The main point was the report presented by Fr. Provincial on the state of the Province, as every year. There were different interventions on it. Other topics were included, such as the possible incorporation of Cuba, the next General Chapter, information on the economy of the Province, the Development Office, and the already close Provincial Chapter. There was also the mandatory meeting of the different Corporations.

In short, an intense week for the life of the Province, which recently celebrated 10 years of its foundation.