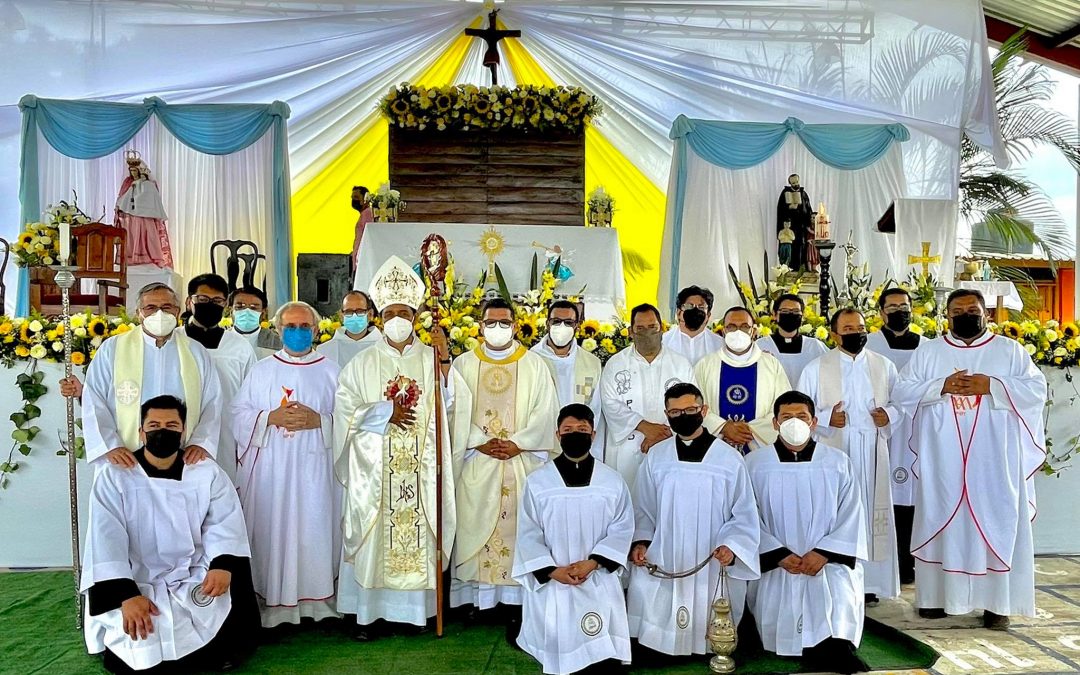 On July 31, 2021, the Priestly Ordination of Deacon Melchor Ortega Rosales of the Virgen del Carmen, of the Province of USA-Puerto Rico and Cuba, took place in Ejido El Carmen, San Miguel Soyaltepec, Oaxaca.

After having completed his Juniorate formation in Mexico City, in the house of Formation Blessed Pedro Casani, due to his migratory situation, he made his Solemn Profession in the same city. Later, after living a year of community experience in Apizaco, Tlaxcala, he received his Diaconate ordination in the hands of Bishop Julio César Salcedo Aquino, in the Basilica of Mercy in Apizaco, Tlaxcala, Mexico.

After living for six months in the new foundation in Guatemala, and in spite of the difficult conditions we are still going through due to the pandemic, Father Melchor has had the opportunity to be ordained a priest together with his family and friends.

The Bishop who conferred this Sacrament for the service of the Church and the Pious Schools has been Mons. José Alberto González Juárez, Bishop of the Diocese of Tuxtepec Oaxaca. Fr. Fernando Negro Marco, Provincial of USA- PR and Cuba, and a dozen priests from the different communities of the Province of Mexico, attended to the ordination. Fr. José de Jesús Ramírez Guerrero, parish priest of San Miguel Arcángel, municipality of Temascal, where Father Melchor was born, attended too.

The Priestly Ordination was assisted thanks to the service and logistics of Professor Bonifacio Martinez Garcia and family, neighbors of the community of El Carmen. Martín Hernández Medina, Piarist, and the Junior Brothers of Mexico were in charge of the altar service. On the other hand, Francisco López Jiménez, a layman who is on mission in Guatemala, was in charge of the live transmission for Guatemala and the United States.

After duly following the security protocol measures proposed by the Bishop, the celebration, although very simple, was filled with applause and gratitude by the community.

At the end of the ceremony, both the new Father and his parents, Mr. Raul Ortega Montes and his wife Maria del Carmen Rosales Perez, addressed a few words of thanks, and invited those present to pray for their son. Afterwards, there was a small meal offered by Father Melchor’s relatives.

Father Fernando Negro, on behalf of the Pious Schools, thanked the Bishop and all those present at the priestly celebration, and asked them to pray for the new Father and the Provinces of the United States and Mexico.

We wish that Father Melchor may exercise his ministry under the protection of Our Lady Queen of the Pious Schools and of our Holy Founder Joseph Calasanz, in favor of the weakest and neediest.