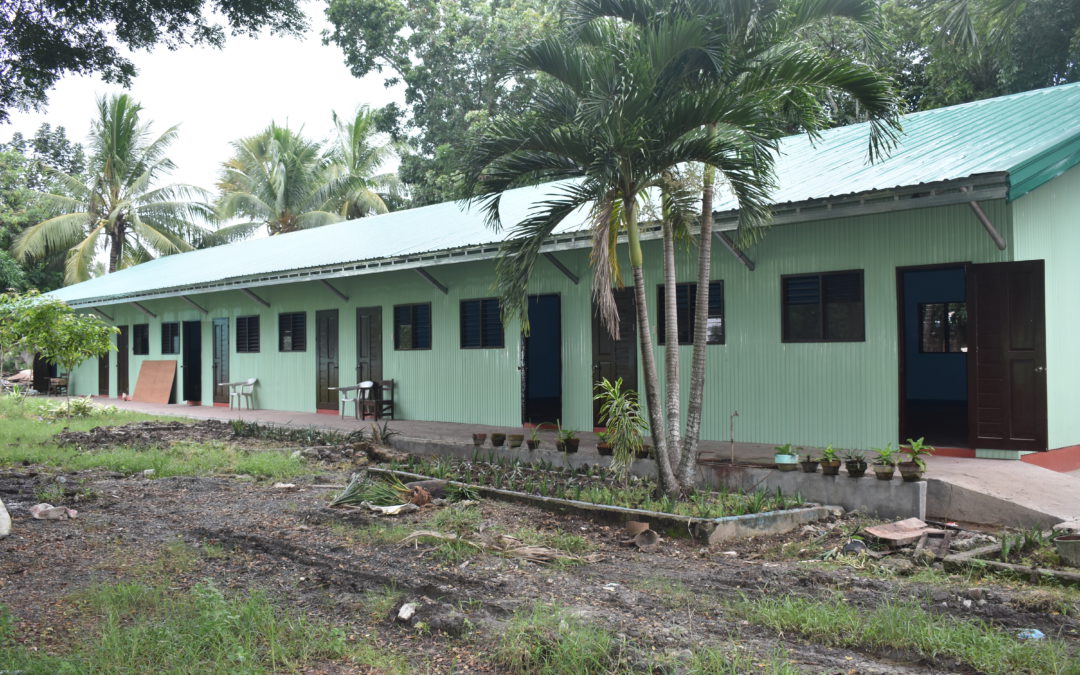 A few months ago, an earthquake caused serious damage to our school in Kiblawan, on Mindanao Island in the Philippines. The small house of the community was destroyed, and the works of the new house had to be paralyzed. For several months the religious had to live in tents, because the decision that was made was to move forward with the school.

Months later, with the help of several Provinces of the Order, some classrooms have been built that allow school activities to be carried out normally. Likewise, the new house of the community, built by the General Congregation, has just been blessed.

It is two good news for a school presence that has suffered greatly, but never lost the courage or commitment to the students. It is a great joy to culminate this process with the solemn profession of two young Piarist religious, TRẦN Văn Lưu  and Félix OLAVIDES, which will take place in Kiblawan for the first time in our history. We wish to live this solemn profession as a simple but profound sign of the Asia Pacific Province’s commitment to its mission in the city.