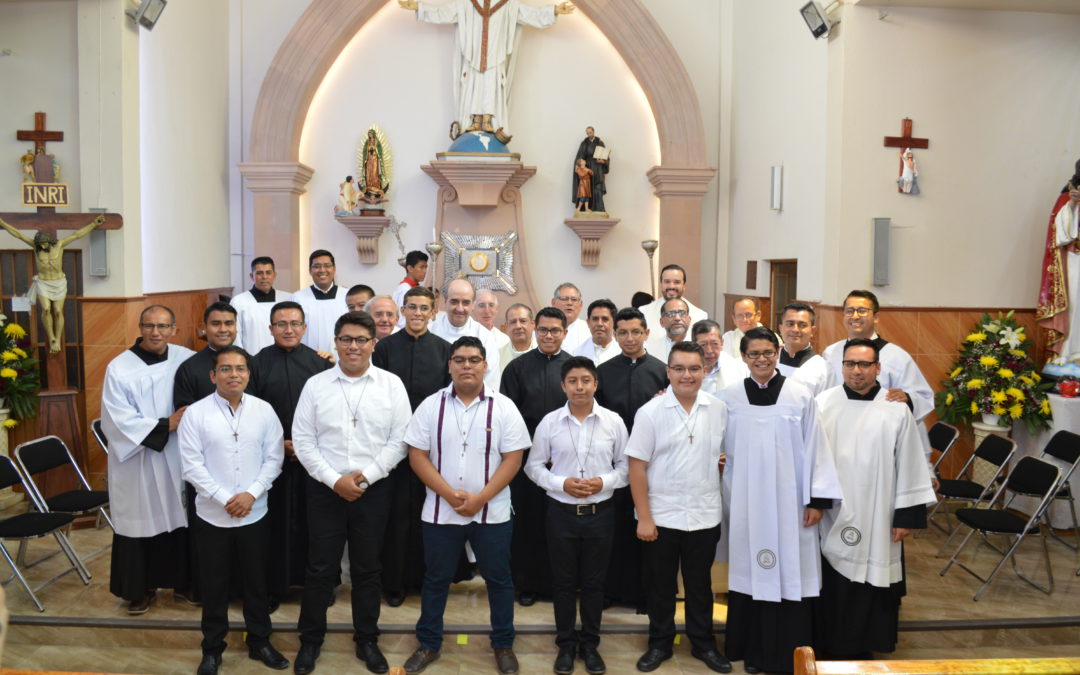 In the Temple of Christ the King of Celaya, Guanajuato, on July 14, the Pious Schools of Mexico lived with joy the religious consecration of five brothers. The Eucharistic celebration was presided over by Father General Pedro Aguado Cuesta and concelebrated by the Provincial Fathers Marco Antonio Véliz Cortés of Mexico and Fernando Negro of USA-PR, as well as several Piarists from the same provinces.

The brothers who made their simple vows are:

Likewise, five young people from the demarcation of Mexico began their novitiate:

As the Order of the Pious Schools, we thank God for the life and dedication of these brothers of ours, and we place them under the protection of the Virgin Mary and our Holy Father, Joseph Calasanz. May their vocation in following Jesus be a gift from God for children and youth.