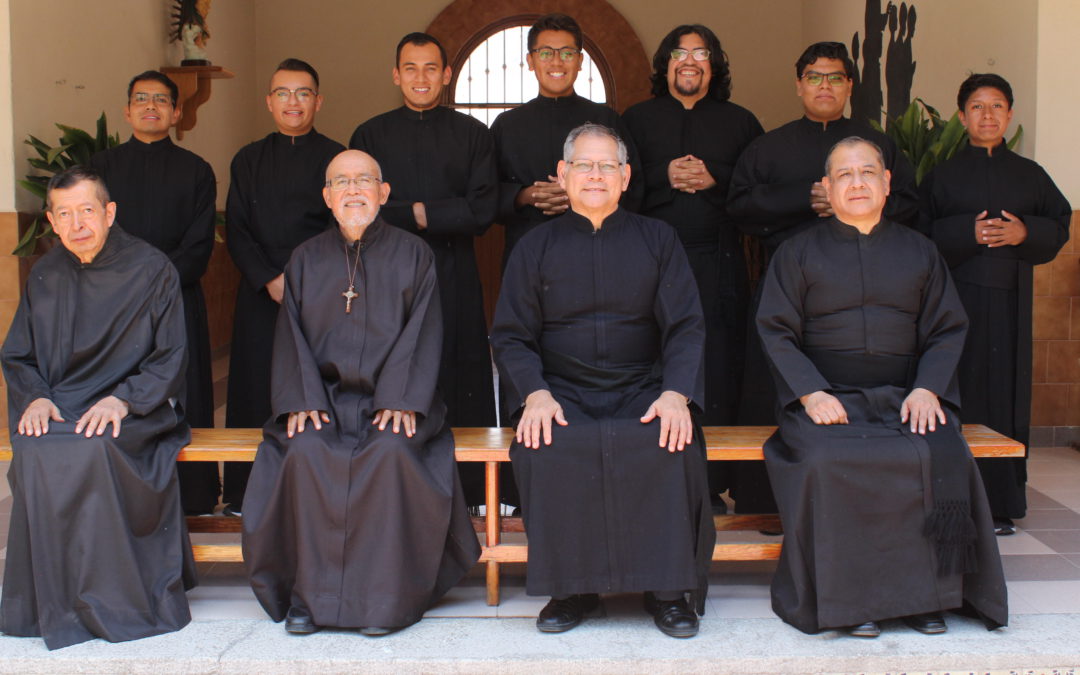 The Eucharistic celebration was presided over by Fr. Marco Antonio Véliz Cortés, Provincial of Mexico; accompanied in the concelebration by Fr. Hilario Flores, Viceprovincial of the Californias and Fr. Guillermo García, Master of Novices. Several Piarists and candidates from Mexico were also present as well as close relatives of the newly professed and some close friends to the novitiate community.

Let us thank God for their generous dedication in the building of the Kingdom from the Piarist charism and entrust Mary Mother of God and our Holy Father Joseph Calasanz, the vocation of our brothers.

To the greater glory of God and the usefulness of others.