Situation of the Pious Schools in Puerto Rico after earthquakes 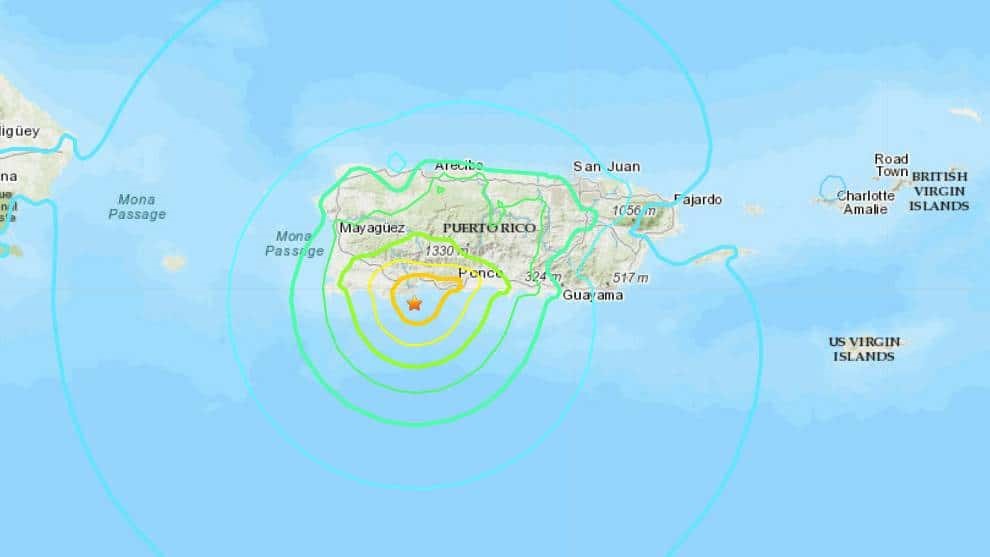 The Piarists of the Province of the United States and Puerto Rico living in our communities in San Juan and Ponce are all well, thanks God. Although a significant number of destroyed or severely damaged buildings and houses have been reported, our houses, schools and parishes in Puerto Rico, for the time being, are structurally safe, except for some minor cracks and chaotic or destroyed furniture.

The members of the house of formation in Ponce were evacuated from it. This is because a high-rise apartment building across the street has serious cracks that traverse the entire building horizontally and threaten its stability. Our brothers will be spending the night in our Colegio Ponceño until they are informed that it is safe to return to the house of formation. The parents of the community of San Juan are fine and safe.
After the strong earthquakes felt in the early hours of Monday, January 6 (5.8 on the Richter scale), and in the early hours of Tuesday, January 7 (6.4, 5.6, 5.0 and 5.6), tremors of land continue to regularly occur, increasing the fright and anxiety experienced by the people. Electric service was completely interrupted throughout the island. Just tonight, service has begun to be restored in a few sectors.

Since last December 28, 2019, hundreds of low intensity tremors have been felt, mainly affecting the southwest area of Puerto Rico. This, in one way or another, has allowed people to prepare and be alert to possible stronger tremors. It has been providential that these earthquakes have happened in the early hours of the morning and on Christmas vacations. This is because, despite the fact that at least one person has died and that at least one parish temple and a public school have been completely destroyed in the villages near the epicenter, there have been virtually no fatalities, thanks to the fact that almost all the population was in their homes and not in the large structures that have suffered major damage. Even so, hundreds, maybe thousands, of people have partially or totally lost their homes.

The material damages suffered by our Piarist communities on the island have not yet been quantified. We thank God for the physical wellness of our brothers. We ask you to, please, continue praying for our brothers, as well as for all those who suffer the terrible consequences of these natural disasters.

The Slovak province of Piarists commemorates the 90th anniversary of its founding @piaristisk bit.ly/2VYKVCG pic.twitter.com/2GmK7OwU2R