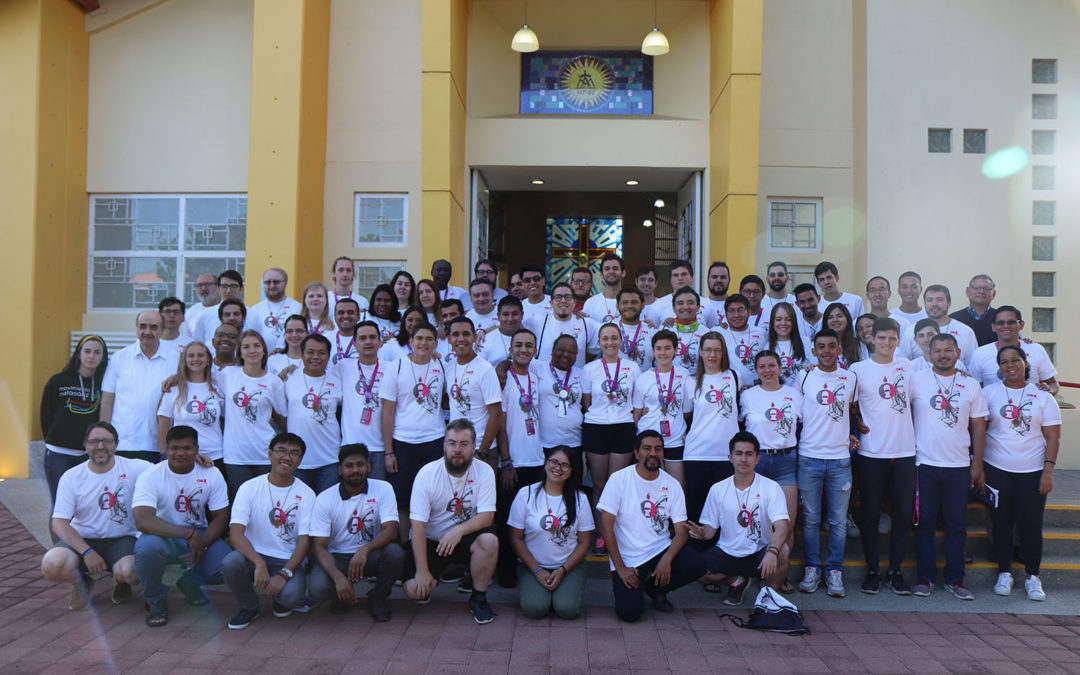 More than 70 young people from different parts of the world have delved over six days in the Mexican city of Oaxaca on the role of young people in the Pious Schools (#PiaristSynod).

The Meeting is the culmination of the #PiaristSynod, a process of two years of reflection, first locally and later at the demarcational and continental level in line with the Synod of Youth convened by the Pope and celebrated last year.

As Fr. General, Pedro Aguado, present in the Assembly these days, points out, it is not just an international meeting, but the #PiaristSynod opens a new time, begins a new way of working with young people. “It is not an event,” commented Fr. General, “but we have opened up a new process where the challenge is how to make together the Pious Schools more capable of offering the best we have: nothing more and nothing less than Jesus Christ himself.”

During these days, participants have shared the previous work and their reflection on the post-synodal exhortation “Christus vivit” through group dynamics and personal moments. Also, during the Assembly, different challenges were addressed that the Synod proposes to the Pious Schools, such as “our way of listening”, in which companions and accompanied “we are all”. “By feeling truly welcomed and listened to, the strength of the search mobilizes in us,” explained Fr. General. In addition, during the days of the meeting, some dangers were warned, such as complacency, “to think that we have done enough”, and it became clear that young people are a theological place. “Calasanz was a well-trained and well-educated priest, yet the poor children and young people of Rome were those who made him a Piarist.”

In one of his interventions, FR. Aguado asked young people for help: “help us to make better Pious Schools but knowing that the goal is not the Pious Schools, but the Kingdom of God.” Participants in the Meeting had the opportunity to visit Calasanz Home, one of the welcoming homes for street children that the Piarists promote in Puebla and Mexico City. In a letter written during these days and addressed to the whole of the Pious Schools, the young people recognize that the synod “has awakened in our hearts a new fire, to be a burning torch that illuminates the way of the young to the Kingdom of God”. So that, in this way, “guiding them to a life in freedom and developing a loving and authentic relationship with God”. “We have lived the synodality,” the young people note, “and we want to continue to build it with all the young people of the Pious Schools, as a new way of living Calasanz’ faith and charism.”

The objective is for the Assembly to present a document with concrete proposals to be presented and addressed in the next General Chapter of the Order, in 2021 in which, already announced by the Fr. General, 4 young people will participate.