The Congregation has instituted the “Calasanz Movement Day” on February 15, the anniversary of Glicerio Landriani 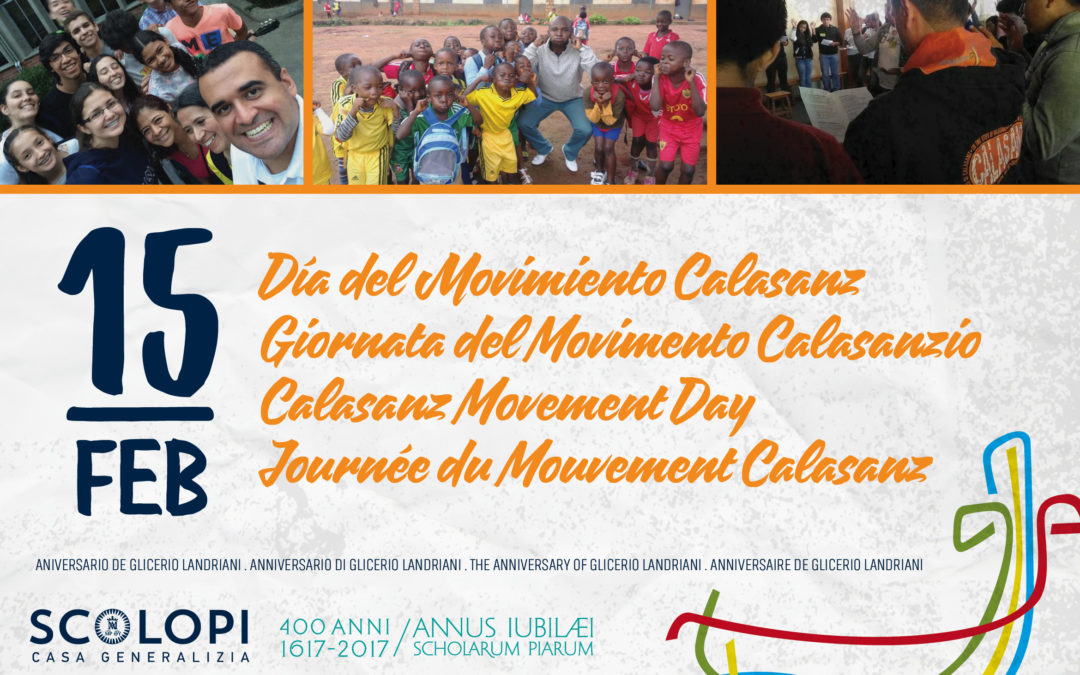 The General Congregation has taken the decision to establish in the Order the “Calasanz Movement Day”. It will be on February 15, anniversary of the death of Glicerio Landriani.

The proposal of the Team for Coordination of the Calasanz Movement has been approved by the General Congregation. With this “Calasanz Movement Day” we wish that every February 15 all children, adolescents, young people, adults, educators, religious, members of the Fraternity, etc., that are part of the Calasanz Movement, join in a same celebration with some gesture, prayer, meeting, online connecting or any other initiative that will help to everyone, from his presence and his demarcation, grow in unity awareness.

The objective of this celebration is triple. On the one hand we try to raise awareness of belonging, in the Calasanz movement, to a global Piarist family. On the other hand it is an opportunity to introduce an element of deepening our common Piarist identity. Likewise the institution of this day is intended to mean and make visible in the whole of the Pious Schools the Calasanz Movement, through prayer, celebration and communication.

The day 15 of February has been chosen in remembrance of Glicerio Landriani, being be the first young who called to the doors of the Pious Schools for committing himself with Calasanz’ dream. Glicerio was a great catechist and evangelizer, a passionate of the Piarist mission. We want that the Calasanz Movement remember him and have him present as a model and guide. Hopefully one day he will become  its Holy patron.