The footsteps of St. Joseph of Calasanz in Rome 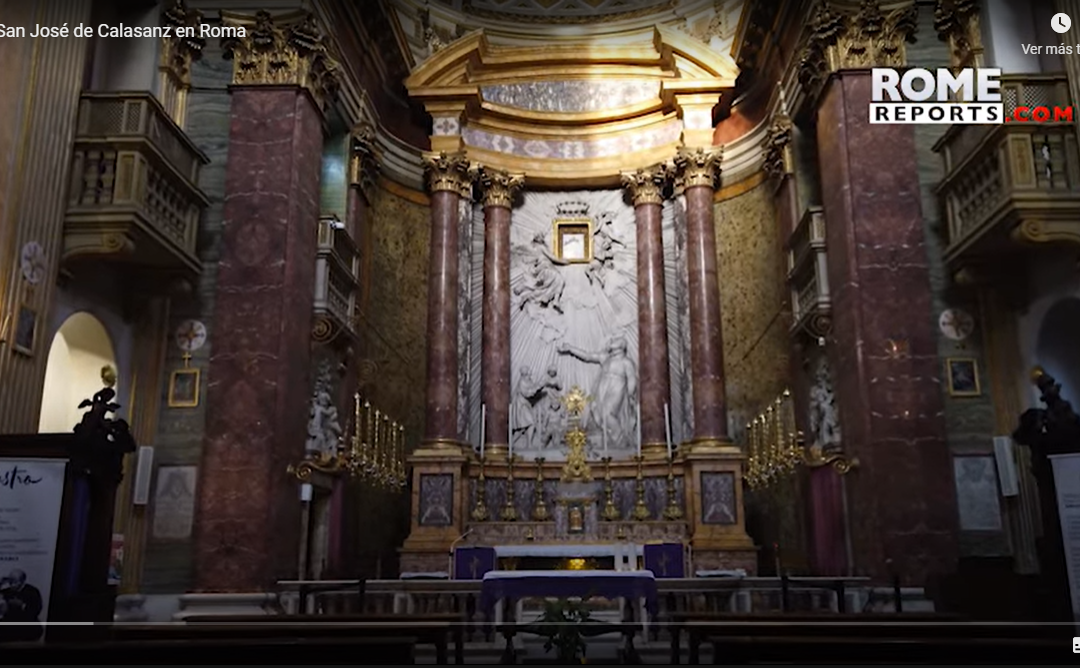 The church of San Pantaleo in Rome is located very close to Piazza Navona. It is one of the most important places for the Order of the Piarists, since here are preserved the remains of their founder, Saint Joseph Calasanz.

As we enter and look up, we are greeted by “The Triumph of the Name of Mary”, an impressive fresco in which the extension of the work of the Piarists is reflected on all continents.

It also features shocking works such as “The Death of St. Joseph” or this impressive crucifix.

It was precisely in this area of Rome that Calasanz began his educational work with marginalized children, surprising more than one cardinal of the time.

Archivist and historian, Piarist: “It wasn’t not seeing children on the street. It was to see them in an orderly manner walking in rows at the end of class, in the morning and afternoon, accompanied by two or three religious and very ordained. Even, praying the rosary, singing religious chants. That was what impressed the cardinals. Not what they didn’t see, but what they saw. And that’s why Calasanz got a lot of foundation requests.”

In the same complex is sheltered this great relic, the room in which the saint lived, and which is as it was in 1648.

Archivist and historian, Piarist: “Let us say that this room is a bit like the center of this whole building. It carries the beloved memory of 36 years, the last 36 years of Calasanz’ life, who lived there and died there.”

Everything is original and used by the saint. The desk on which he used to write his letters, his writing utensils, his oil lamp, original engravings, even his sandals and even the blanket, with this curious rope.

Archivist and historian, Piarist: “The rope is understood, since a 90-year-old man at the end of his life did not have much strength in his legs and helped himself with the rope that the brothers placed him to get up and lie down without disturbing other religious.”

Next to the room is located the “Hall of the Relics”. Where the chalice and patena he used to use to celebrate Mass is preserved, among other bodily relics of the saint, is the mortuary mask. Only evidence of the saint’s physique, for during his life he did not let himself be portrayed.

We thank the news agency Rome Reports and especially Daniel Díaz Vizzi for the preparation of this report.