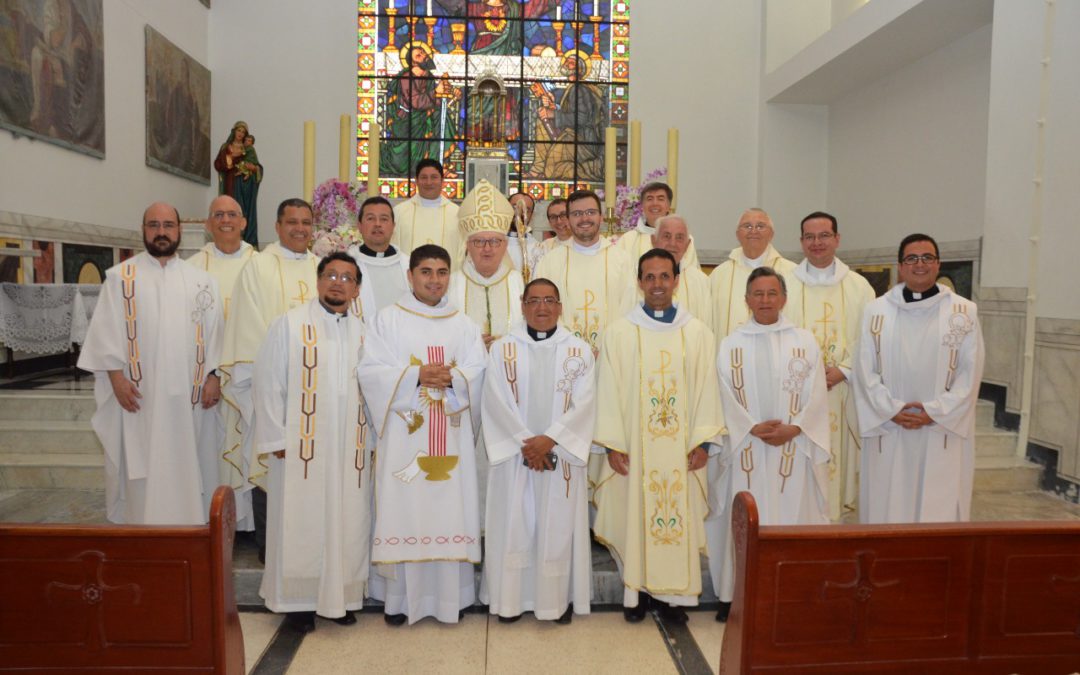 The ceremony took place in the Cathedral of Our Lady of Poverty, in the city of Pereira in Colombia, and was presided over by Monsignor Rigoberto Corredor Bermudez. It was a beautiful and solemn celebration. Daniel was accompanied by most of the religious of the Province, by his family, by his friends, by alumni of the schools of Bogotá, Medellín and Pereira (places where he has exercised his Ministry in recent years), and by a good number of their students.

At the ceremony, Monsignor Rigoberto took advantage of the solemnity of Peter and Paul to remind Daniel his commitment to proclaim the Gospel in time and untimely, to give life, as the two Apostles. The chasuble and stole were imposed him by Fr. Juan Carlos Sevillano, Provincial of Nazareth, who was master of the novitiate of Daniel and who has accompanied him affectionately throughout his process.

At the end of the liturgical celebration the religious community and guests enjoyed a nice lunch, with which they celebrated the ordination of this new Piarist priest.

Let us give thanks to God!