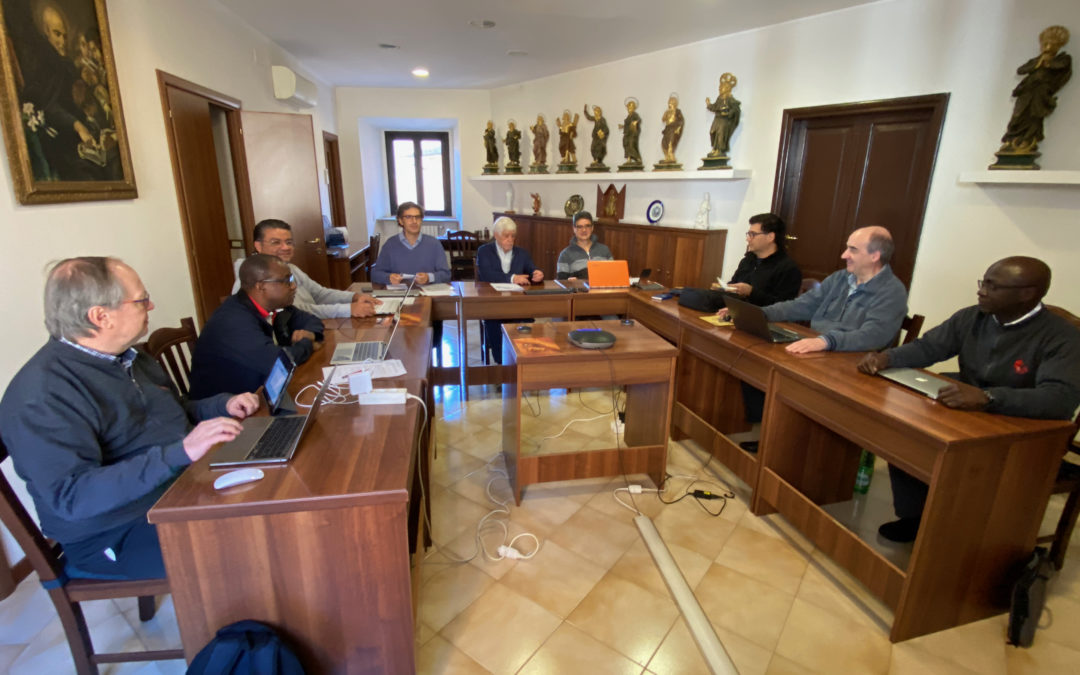 The new General Congregation met in Rome during the second week of March, thus beginning its service to the Order in this new sexennial.

Various works have been carried out, among which we can highlight the following:

On Wednesday, March 9, the General Congregation visited the general community of Calasanctianum of Montemario to share the Eucharist, the meeting, and the dinner. It was a beautiful moment of fraternity.

On Thursday, March 10, the General Congregation moved to Frascati to celebrate the Eucharist and place under the protection of Mary, Queen of the Pious Schools, the sexennium that we are beginning. The visit was also a good opportunity for the new assistants to know our Piarist presence and share a fraternal dinner with the community.

On Friday, March 11, the whole Congregation participated in a virtual meeting of all the major superiors of Europe, convened by the Fr. General to share the situation experienced in the various European countries because of the war in Ukraine.

Our best wishes to our five brothers of the General Congregation. We accompany them with our prayer and availability.