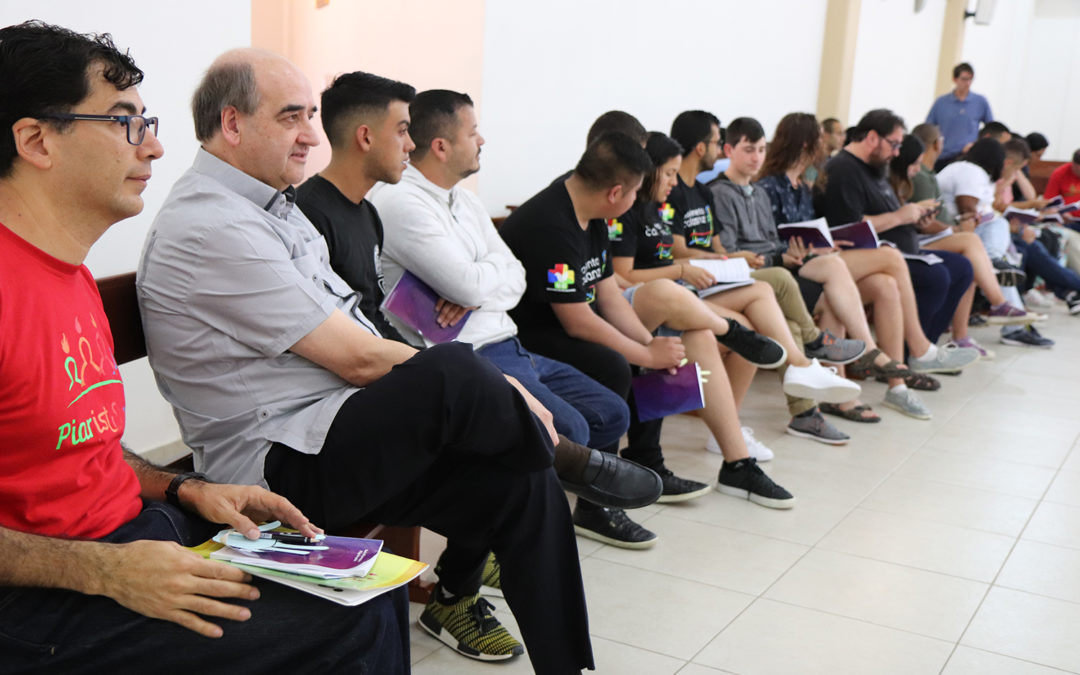 Coinciding with the feast of Saint Pompilio the meeting began yesterday in which more than 70 young people from 25 countries participate and that culminates more than two years of intense work, since in 2017 the Pope convened the Synod on “youth, faith and vocational discernment”. Since then people have been reflecting and working in the more than 40 countries where the Piarists are present, first from the local level, as well as at the demarcational and continental level. This first phase culminated last summer with four simultaneous days in Yaoundé (Cameroon), Salamanca (Spain) Oaxaca (Mexico) and Manila (Philippines), where more than 150 young people addressed the challenges and proposals of the Pious Schools in this field. The different contributions were collected in a framework document that was presented to the Pope during the celebration of the Synod last year, in which Fr. Pedro Aguado, General of the Pious Schools, present at the Oaxaca Meeting, was also present.

During this school year, the different Piarist presences have studied the post-synodal exhortation “Christusvivit”, reflecting from all areas of the Order. During these four days of the Assembly, more than seventy young people from twenty-five countries will share the work on the exhortation. The objective, as the meeting coordinator and General Assistant for America, Fr. Francisco Anaya ” “is to develop a series of proposals for the life and mission of the Pious Schools that will be presented at the next General Chapter of the Pious Schools in 2021”. “Today,” Anaya points out, “with the enthusiasm and commitment of so many young people, we continue to drive Calasanz’ dream more than 400 years later, to extend it to many more places.”