The Pope receives the document “Piarist Synod on Youth” 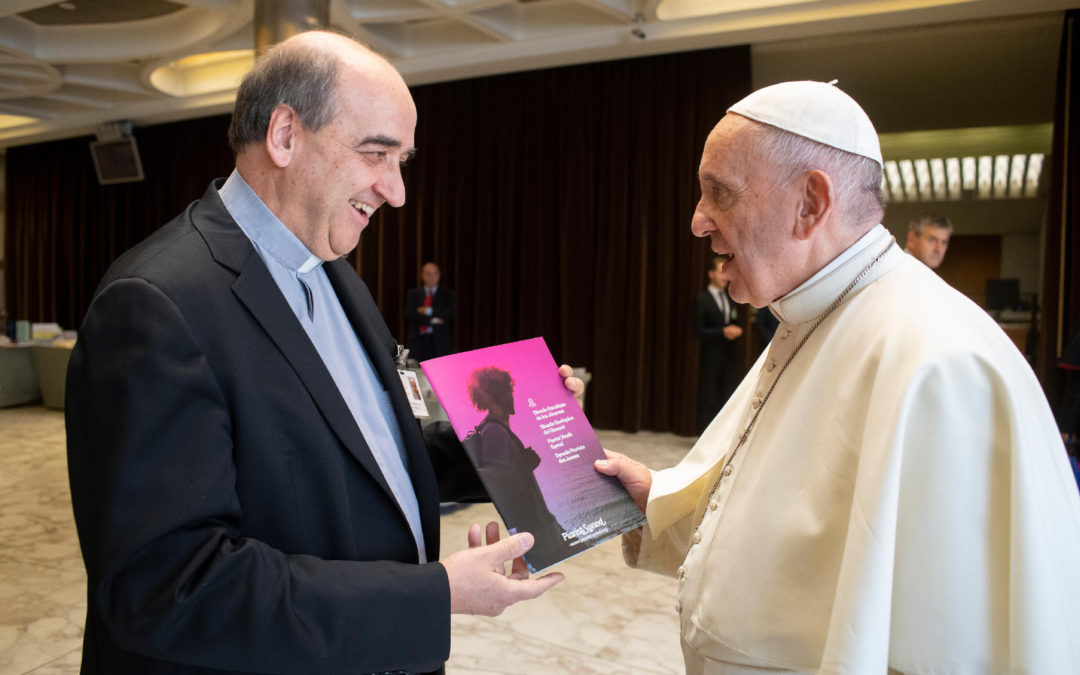 During an informal meeting, Fr. General of the Piarists, Pedro Aguado, has had the opportunity to deliver to Pope Francis the document ” Piarist Synod on Youth (PiaristSynod)”, which includes the work done by the Pious Schools as a preparation for the Synod of the Church on Youth, Faith and Vocational Discernment.

The document (which can be downloaded here) explains the work that has been carried out and collects the contributions made by Piarist youth from the four Continents. After a first stage of local work in each of the Piarist demarcations, last August Demarcational “PiaristSynod” meetings were held in Salamanca (Spain, Europe), Oaxaca (Mexico, America), Manila (Philippines, Asia) and Yaoundé (Cameroon, Africa). The work will lead, in a third phase, to the Piarist Youth Assembly in 2019, prior to the World Youth Day in Panama. As Fr. General indicates, “PiaristSynod” is “our way of contributing to the Synod of the Church. In the Pious schools, from the beginning, we understood that the theme of the Synod touches especially the heart of our charism and our raison d’être. We are educators, companions in the faith, in the vocation discernment and in the missionary task of so many young people. ”

In addition to the follow-up of the Synod with the participation of Fr. General in the Assembly sessions, the Pious Schools also promote the #prayforsynod initiative of synodal prayer, a proposal to the universal Church to pray for this event.

Communication Team of the Order

God seeks and looks at the people with the heart toward Him/ turn, pray, and look for the mercy of God/ accept the imperfect self and ready in the process of changing. Van Luc Tran in #PanoramaCalasanz bit.ly/3fu5z6P pic.twitter.com/3ShtqRC9zn