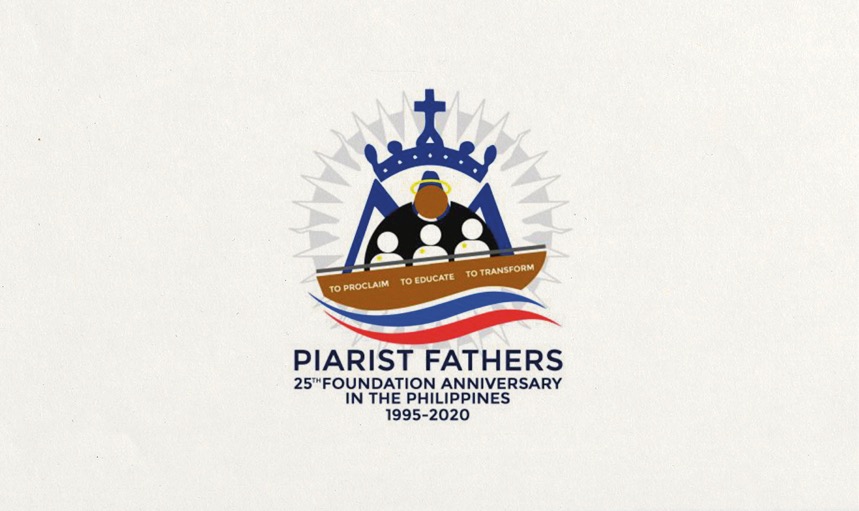 Throughout this year the Vice-Province of the Philippines has organized various events to commemorate the 25th anniversary of its foundation. Last December, the commemorative logo was presented, as well as the selected song, after a contest in which the different communities participated.

The selected logo, presented by the community of St. Vincent, was the most voted. The anniversary song, entitled Celebrating the Piarists, was composed by Cl. Archie Magarao Sch. P. with music by Cl. William Lluvido Sch. P.

The logo signifies the journey of the Piarists’ mission in the Philippines throughout the years, since 1995 and in the future. It is lived through the guidance and prayers of Mary, Our Lady of the Pious Schools and with the inspiration of St. Joseph Calasanz.

In it we can see different symbols: