Virtual Encounter of Young Piarists of the USA-PR Province 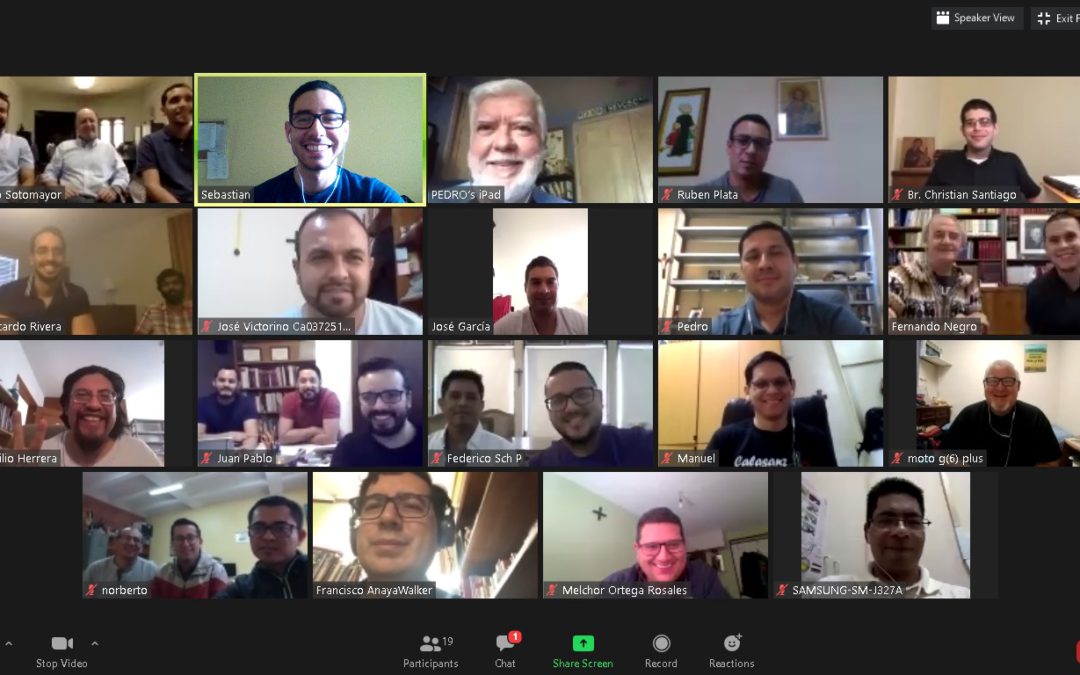 During the week of June 8 to 12, 2020, took place the first virtual provincial meeting of young Piarist religious of simple and solemn vows, from the Province of the United States and Puerto Rico.  Although last year there was a small face-to-face encounter in Puerto Rico, with some young Piarists from the province, this year around 23 young Piarists connected virtually from Puerto Rico (Ponce and San Juan), Florida (Ft. Lauderdale), New York (Manhattan and Bronx ), Mexico City and Bolivia.

During these days, these young Piarists gathered to strengthen ties of fraternity and generate a sense of belonging and identity to the Province and to the Order.  On the first day they met with Mrs. Mayra Medina, from Mexico, a psychologist and a very close collaborator of the Piarists in Mexico, to discuss issues of personal integration.

The second day was the meeting with our Superior General, Fr. Pedro Aguado, Sch.P., with whom they discussed the importance of Growing in Capacity for Life and Mission, both in the Province and in the Order.  In addition, the Father General addressed issues of great importance, which will be addressed in depth in the next general chapter, such as the Construction of the Piarist Order, the Piarist we need Today, the Irreplaceable Piarist Ministry, and the Person of Jesus Christ as a central figure in the Piarist life.

On the third day, the meeting revolved around the themes of the Participation of the Laity in the Pious Schools and the Calasanz Movement, whose dialogue was led by Mr. Evelio Pérez Albuerne and brother Jorge Ramírez Quiles.

On the fourth day of the meeting, the group had the participation of the internationally renowned journalist Pedro Sevcec, presenter of the America tevé news network and who has worked on news reports on other large television networks such as Univisión and Telemundo.  In addition, he is a member of the ITEC communities that are in Miami, Florida. Mr. Sevcec presented in his presentation the value and power that the media exercise in society, and how the Catholic Church must be prepared to face the challenges that this implies for evangelizing work.

On the fifth and last day of the meeting, the young Piarists had the opportunity to dialogue with the Provincial Congregation of the United States and Puerto Rico.  It was a space where questions, concerns and reflections on the different realities of our Province could be shared, including the themes of Vocation Ministry, Initial and Ongoing Formation, integration of the religious who live in the province with religious who live outside of it, the  importance of the sense of identity and belonging, among other issues.  The meeting ended with a period of time to evaluate the activity carried out in the past few days and with the conviction that this type of meeting helps in mutual knowledge and in the sharing of experiences that strengthen ties among the young Piarists of our Province.