Visit to Kiblawan after the earthquake of December 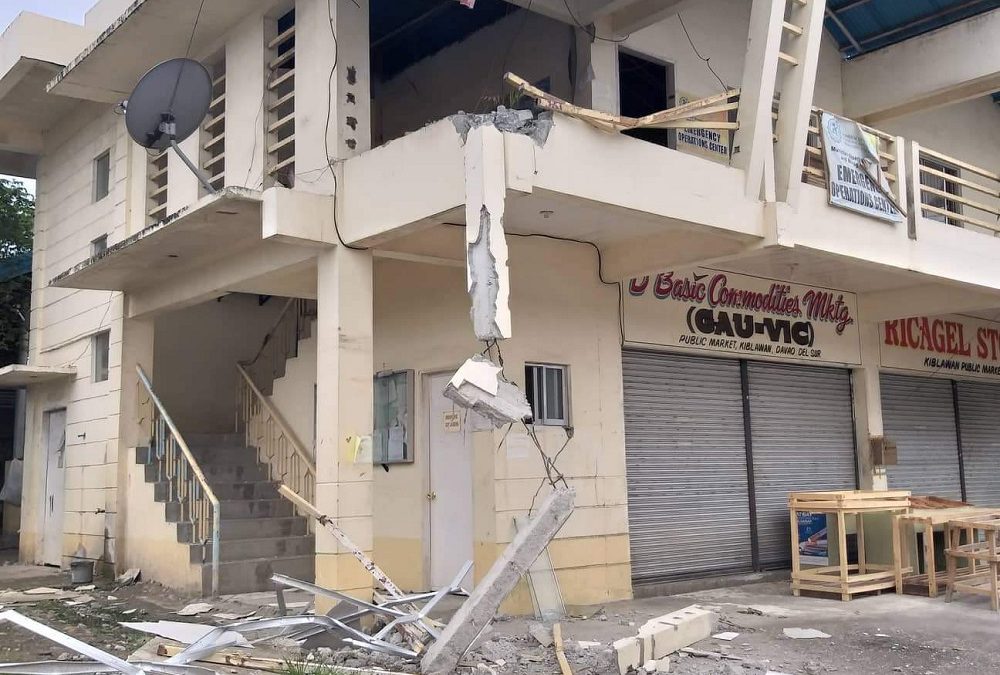 During the visit to Kiblawan, we saw directly the effects of the earthquake which hit the area on December 15, 2019. The big earthquake (6.9) was followed by many aftershocks. In summary, this is what was seen:

On the afternoon of January 7, we had a long meeting with the members of the community, plus the visitors, and Alex Yumawan who is working with Itaka-Escolapios. We wanted to evaluate the damages and to look for the next steps in preparation for the reconstruction of the school.

We considered two levels of action:

The plan to be prepared must be well made with clear specifications of expenses and giving the reasons for the chosen model.

On the morning of January 8, we have a new meeting with the same persons and the engineer who is making the house of the community of Kiblawan. On this occasion and helped by the professional expertise of the engineer we decided to follow the example of “Cor Iesu” College, but with some additional elements. We prepare three stages of actions considering the urgency of the reconstruction:

To prepare all these we will need the full time of an engineer working for two or three weeks, to prepare the project and the specified expenses in each stage. Itaka-Escolapios will give economical support for this elaboration of the project. Once it is finished, it could be sent to different institutions to request for help.

Our engineer prepared already the list of the affected parts of the school. Similar report must be signed by the engineers of the municipality. They can endorse this one, that has been well made, or prepare a new one. They are overloaded with many requests from the people of Kiblawan.